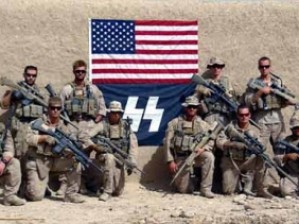 and to send a message to the Russian supported Eastern Ukraine Donbas Militias.

The exercise was started on June 27, 2016 at the International Peacekeeping and Security Center in Yavoriv Ukraine.”

Officially, the “Rapid Trident 16's primary focus is on defensive operations and validating training of units attending the Joint Multinational Training Group-Ukraine program at the IPSC. The JMTG-U program consists of a 55-day long rotation that trains Ukraine soldiers in individual and collective tasks.”

Ukraine Col. Eduard Moskalyov, Co-Director of the exercise and First Deputy Commander of Operational Command North greeted participants and thanked them for their commitment. -"I congratulate you on the beginning of the training and hope you feel enthusiasm, vitality of spirit and body, rewarding professional development and mutual support with reliable new comrades in arms," he said. During the course of the two-week exercise the partner nations will conduct a brigade-level command post exercise integrated with both situational and field training exercises. All of this is aimed at enhancing joint combined interoperability among Ukraine, U.S. and allied and partner nations.” 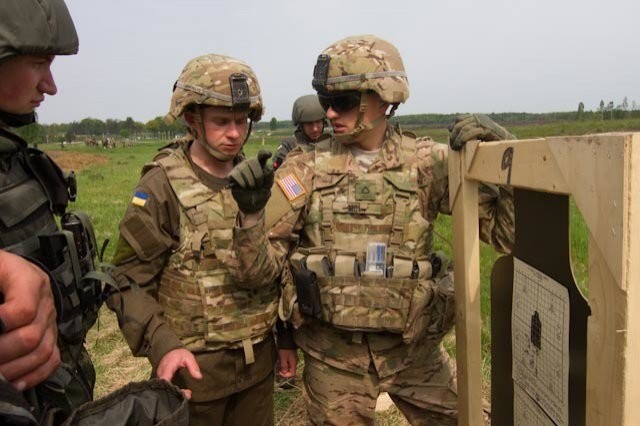 According to the US State Department formerly headed by Hillary Clinton, “The Global Security Contingency Fund (GSCF) is a pilot program, currently authorized through September 30, 2017, that permits the Department of State (DOS) and Department of Defense (DoD) to pool money and expertise to address emergent challenges and opportunities to a partner countries’ security and (in some instances) justice sectors important to U.S. national security and foreign policy. It is a bridging mechanism to provide assistance in the near- to mid-term. DoD may contribute no more than 80 percent of the funding for any program, and DOS must contribute at least 20 percent for each program. DOS and DoD currently do not have directed appropriations for the GSCF. Rather, Congress authorized DOS to transfer its’ “at least 20%” contribution from the Foreign Military Financing (FMF), International Narcotics Control and Law Enforcement (INCLE), and Peacekeeping Operations (PKO) programs. DoD is authorized to transfer its “no more than 80%” contribution from its Operation and Maintenance, Defense-wide account. While the total, combined annual amount may be as high as $250 million annually, it could be lower in any given year depending on the amount Congress authorizes the respective Departments to transfer annually. For example, in FY 2014 DOS’ transfer authority was limited to $25 million, which effectively limited the total combined DOS-DoD transfer to $125 million.”

Ukraine's newly-formed National Guard under the Congress-approved Global Contingency Security Fund. Under the program, the United States will begin training three battalions of Ukraine’s former militia forces. Ukraine is viewed by the current Obama Biden Democratic Administration to be of strategic importance to the United States.

Earlier, “the United States delivered two AN/TPQ-36 radar systems to Ukraine at a ceremony in Lviv. Ukrainian President Petro Poroshenko had the opportunity to review the equipment, and was briefed by U.S. military personnel on its capabilities. The radar systems delivered today will help defend Ukrainian military personnel and civilians against rocket and artillery attacks, which have historically been the most lethal threat to Ukrainian personnel and civilians.  The equipment was authorized by Victoria Nuland and John Kerry, Secretary of State was worth up to $20 million in defense articles and services and up to $1.5 million in non-lethal commodities and services to provide these systems to Ukraine. The United States is expected to continue to arm and train former Ukraine militia army forces involved in the Euromaidan demonstrations. (The demonstrations began on the night of 21 November 2013, when protests erupted in the capital, Kiev, after the Ukrainian government suspended preparations for signing the Ukraine–European Union Association Agreement with the European Union, to seek closer economic relations with Russia.) The provision of these systems brings our total security assistance committed to Ukraine in response to the crisis to more than $265 million since 2014.” 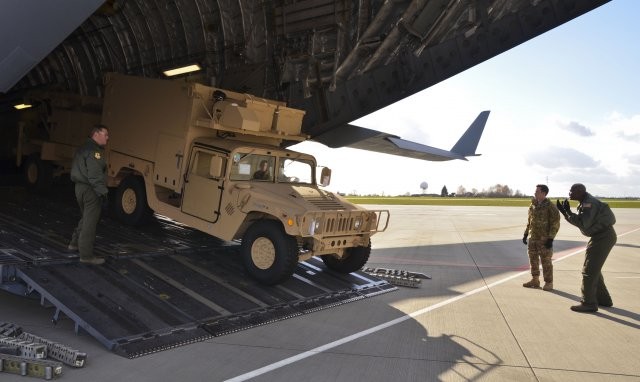 “Joint Multinational Training Group-Ukraine, also known as JMTG-U, is in its second rotation training Ukrainian Ministry of Defense (MOD) forces at the International Peacekeeping and Security Center (IPSC) in western Ukraine.  The JMTG-U mission is part of ongoing efforts to contribute to Ukraine's long-term military reform and professionalism and to help improve the country's internal defense capabilities and training capacity.”

“ JMTG-U is uniquely built with key players that include the National Guard and active duty Soldiers, U.S. Army civilians, and representatives from Canada, Estonia, Lithuania, and United Kingdom.  The California National Guard maintains headquarters responsibility, continuing to develop a valued relationship with Ukraine through their 23-year-old State Partnership Program.  The 3rd Battalion, 15th Infantry Regiment, 2nd Infantry Brigade Combat Team, 3rd Infantry Division, from Fort Stewart, Georgia is responsible for training the MOD forces for the next six months. It gives them the opportunity to work with Ukraine and their Armed Forces and ensure that they receive what they need to become a more capable military," said JMTG-U Deputy, Adam Loveless.  "This is a partnership with the Ukrainian Army to build a capability here that enables them to train their formations to a better standard than what they do right now, utilizing what we have learned to run combat training centers.  Right now, we're doing the initial portions of that in conjunction with Joint Multinational Training Group-Ukraine in developing the training cadre. As they build that force, we're working with the 3-15th to build a training cadre to serve as the Observer Coach/Trainers like at the Joint Multinational Readiness Center. JMTC will continue a partnership with the Ukrainian Armed forces to further develop them to a level of NATO interoperable by 2020. These efforts are not only a necessity for the Ukrainian Army, but are strategically important to Europe.” said Loveless

US. Army Col. Nick Ducich, Co-director of the exercise and commander JMTG-U speaking to the assembled participants said, "Your training efforts over the next two weeks contribute to the regional security of Europe, expand mutual cooperation, and assist Ukraine in furthering their Defense Reform and Modernization efforts.”  "Today's presence here of such a powerful cohort of our partners and comrades in arms demonstrates the broad international support for the struggle of the Ukrainian nation for sovereignty and territorial integrity as a democratic European state," said Moskalyov.