“A review of five of the world’s most capable training jets, published by the Military Watch has placed Russia’s Yak-130 (Mitten), last on that list. But is the judgement well-informed?

The research claims that the Russian jet performance “leaves something to be desired” compared to East Asian jets. However, the devil, as always, is in the details. On top of the recently published ranking sits Taiwan’s Brave Eagle, boasting what Military Watch calls highly advanced combat capabilities. As the website puts it, most fighters in service in the world today pale in comparison with this trainer. Basically, it is a fighter built under the guise of a trainer. The aircraft can deploy the Ching Kuo’s Sky Sword II hyper-sonic air-to-air missiles, and it integrates an advanced AESA radar. 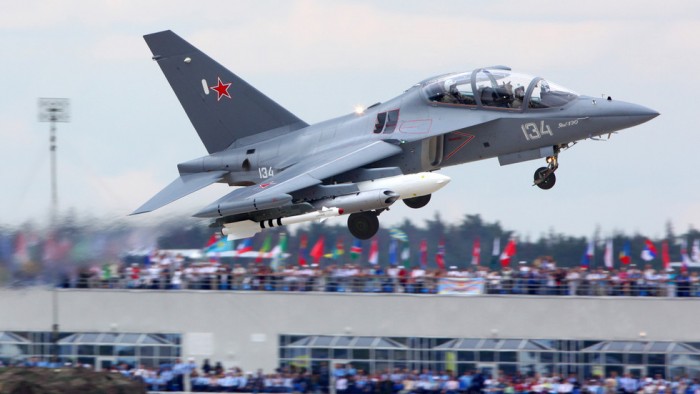 The Chinese JL-10 is ranked second. Military Watch writes that it has increasingly blurred the lines between a fighter and a trainer with the induction of the new L-15 version. The jet flies at Mach 1.4, accommodates an AESA radar that can detect targets over 100km away, and munitions, such as the PL-5E for short-range air engagements, as well as the LT-2 laser guided bombers. The first native fourth-generation J-10 aircraft was unveiled by the air force in April 2010. Four J-10 fighter jets were showcased by the 24th fighter division of AFPLA. Pakistan will receive the first export versions of the J-10, up to 36 aircraft, by 2015. China and Pakistan have worked closely on the development of another fighter aircraft, the JF-17 or FC-1 light fighter aircraft.

PLAF fighter jet, the JL-9, is listed third. According to Military Watch, this is a jet with a formidable flight performance, Mach 1.5 speed and 16km flight ceiling. The aircraft can carry both PL-8 and PL-9 air-to-air missiles. The JL-9 uses a single more powerful WP-13F after burning turbojet, which the PLA prizes for its reliability and low maintenance requirements.

Number four is the South Korean T-50, a combat proven platform which has engaged terrorists in the Philippines and Iraq. It deploys a wide range of munitions for air-to-ground strikes, with a secondary defensive air-to-air capability using Raytheon’s AIM-9 Sidewinder missiles. The aircraft was initially intended to be developed into a fighter, that’s why its avionics suite is more advanced and the trainer is capable of deploying AGM-65 Maverick close support air-to-ground missiles and Hydra 70 rockets.” AIM-9X is the newest member in the family of AIM-9 Sidewinder short-range missiles produced by Raytheon. It is an infrared air-to-air missile primarily developed for the US Air Force and the US Navy. The AIM-9X is currently in service with more than 22 countries worldwide. 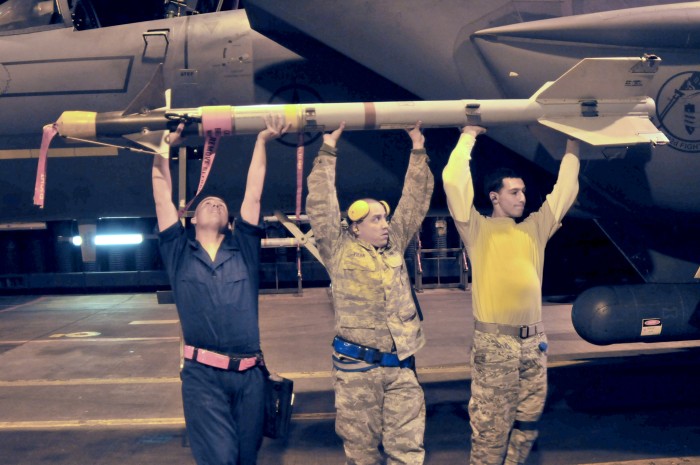 Guidance and navigation: The infrared (IR) homing guidance section performs tracking and guidance functions. The AIM-9X is a system-guided missile employing a mid-wave IR FPA seeker. The seeker, equipped with High Off-Boresight (HOBS), can be used with a helmet-mounted sight for wider attack envelope. It uses passive infrared (IR) energy for target acquisition and tracking. After the launch, the seeker follows the heat signature from the engines of the hostile aircraft. The IR homing ensures the launch of the missile during the day/night and in electronic countermeasure (ECM) environment. The END missile can engage targets in the near beyond visual range (NBVR) and within visual range (WVR) areas.