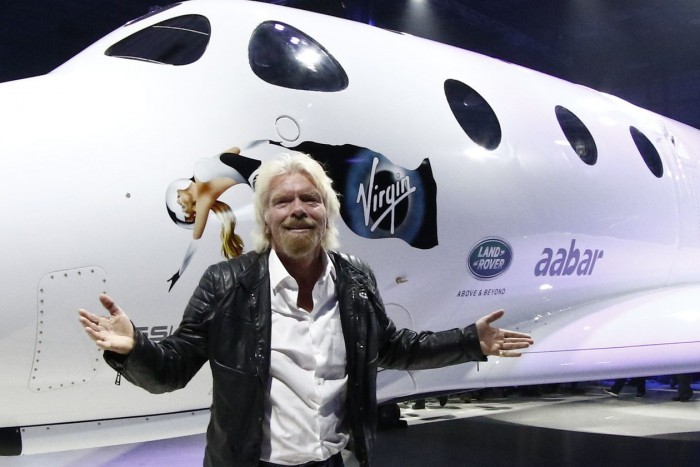 Virgin Galactic expects that this deal will give it enough capital to fund the business until its spaceships can commercially operate and turn a profit.” Jeff Bezos’ Blue Origin and Elon Musk’s Space Exploration Technologies Corp., have not the billions in capital to venture into the high risk of space tourism that may lead to high insurance rates and the deaths of travelers. SpaceX boosters have exploded in the past and Blue Origin is still a pipe dream in the mind of Amazon’s CEO.

Richard Branson said in a WSJ interview that most of the proceeds from this deal will be used “to make sure we can enable as many people in the world as possible to become astronauts.” Eleven years ago Virgin Galactic was the pioneer space effort to propel tourists and small satellites into space using cheap rockets and various other unconventional launch systems. Financial analyst project space tourism will be the fastest-growing segment in commercial space. Branson has sold 600 people to invest $80 million in total to secure seats on his space plane platform.

Virgin Galactic has already raised more than $1 billion since it was founded fourteen years ago. Saudi Arabia’s Public Investment Fund announced plans to invest $1 billion in the company but did not see a reasonable return and pulled out. “Chamath Palihapitiya, chief executive of venture-capital firm Social Capital LP and a former Facebook Inc. executive, contacted Branson about a potential investment through the SPAC. The $800 million includes about $100 million that Mr. Palihapitiya is putting into the deal. He will serve as chairman of the company. “There’s nothing as exciting as this next-generation space race,” said Mr. Palihapitiya. “It’s attracting the most talented and respected entrepreneurs of our generation.” SPACs typically have two years to use capital they raise to buy a company and take it public. Social Capital Hedosophia has been trading on the New York Stock Exchange since September 2017 and is nearing the end of the time allotted to purchase a company. Mr. Branson said in an interview that most of the proceeds from this deal will be used “to make sure we can enable as many people in the world as possible to become astronauts.”

This email address is being protected from spambots. You need JavaScript enabled to view it.: https://www.GMCstream.com