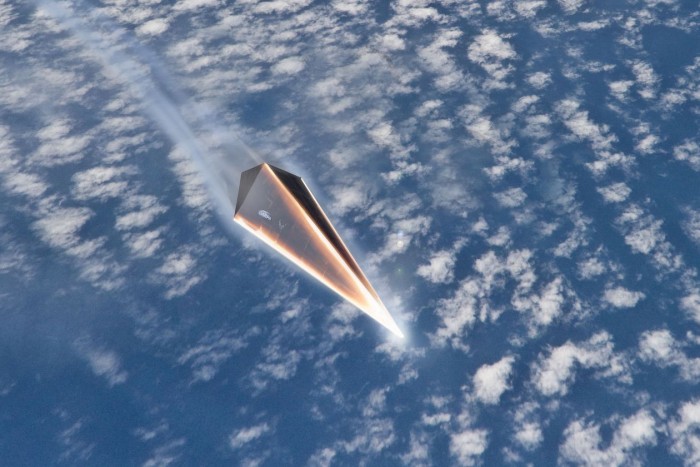 “Lockheed Martin Corp. ... said its sales and profit got a boost from stepped-up Pentagon spending on hypersonic missiles, with production slated to start in two years if the advanced weapons prove workable. Lockheed has won the largest share of new U.S. hyper sonics contracts, and the world’s largest defense company by revenue expects to book $600 million in sales this year on its prototype missiles, which can travel more than five times the speed of sound. The Pentagon has identified hypersonic missiles—capable of striking any target on the planet in as little as 15 minutes—and systems to defend against them as one of its highest priorities, citing development of similar technology by China and Russia. “That’s an area we’ve been investing in for a number of years,” Lockheed Chief Executive Marilynn Hewson told analysts Tuesday after the company reported forecast-beating quarterly profit and raised its full-year financial guidance. She said Lockheed would have more than $3.5 billion in hyper sonics contracts by the end of the year. The segment remains small relative to a record company backlog of $137 billion, but analysts at Credit Suisse estimate hyper sonics could be worth $35 billion to the industry over the next 20 years, with Lockheed and rivals Raytheon Co., Northrop Grumman Corp. and Aerojet Rocketdyne Holdings Inc. all chasing Pentagon work in the area."

"Lockheed expects test flights of its prototype missiles to be conducted next year, with potential production in the early 2020s.The company is also benefiting from higher sales of more conventional missiles to the U.S. and allies, notably in the Middle East, as well as higher production of the F-35 stealth fighter, the world’s largest military program. Lockheed expects to book the Pentagon’s richest-ever contract—a $34 billion deal for 438 of the jets—in the third quarter."

"Lockheed would be compensated for any costs incurred by the U.S. administration’s decision to eject Turkey from the F-35 program because of the country’s purchase of a Russian-made missile defense system. The F-35 and hypersonic systems will be competing for Pentagon dollars under a new U.S. budget deal. The White House and Congress agreed late Monday on a proposal that would lift the national debt ceiling and end the threat of automatic spending cuts. The pact should clear the way for lawmakers to finalize a fiscal 2020 defense budget that would boost spending by around 3% over 2019 levels. However, the 2021 budget could be lower in real terms, and defense stocks were weak Tuesday. Lockheed was off slightly in afternoon trading. Lockheed, which is based in Bethesda, Md., reported a second-quarter profit of $1.42 billion, compared with $1.16 billion a year earlier. Earnings per share rose to $5 from $4.05, well above the $4.77 consensus among analysts polled by FactSet. Sales rose 7.7% to $14.43 billion. The company lifted the midpoint of its guidance for 2019 per-share profit by 4% to a range of $20.85 to $21.15, with sales and free cash flow also guided higher for the full year.” 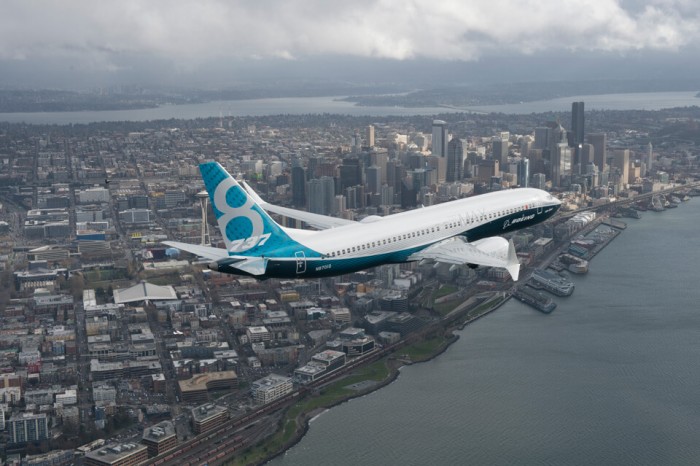 Boeing stated in Press Releases that FAA regulators may not approve of the 1300 737Max air platforms to fly until 2020. This will cripple Boeing and the Economy of the USA. So far, President Donald Trump has done nothing to focus on resolving the five men and women reviewing the safety of the 737Max. However, Boeing’s unit report a profit of $975 million dollars and the service business posted $687 million. Boeing stated it would write off $5.6 billion that is attributed to FAA’s foot dragging.

This email address is being protected from spambots. You need JavaScript enabled to view it. - URL: https://www.GMCstream.com Toll Free 1-800-564-0913