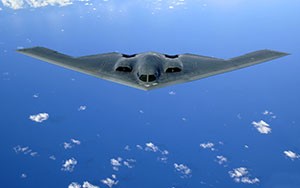 On June 17, 2015, NATO’s Supreme Commander, USAF four-star General Breedlove wrote recently, “This month (June 2015) more than 15,000 troops from 22 nations are taking part in Allied Shield, a series of exercises designed to test the strength and readiness of NATO and allied armed forces. In the Baltic Sea, 50 ships and submarines and more than 50 aircraft from 17 countries are taking part in our 43rd Baltic Operations exercise. On land in Poland, Lithuania, Latvia and Estonia, a further 6,000 troops from 10 nations are taking part in Exercise Saber Strike. Under the June 2015 12-day U.S. Army led Saber Strike in Estonia, Latvia, Lithuania and Poland were designated training areas. U.S. Air Force capabilities in the exercise included B-52s from Minot Air Force Base, North Dakota. F-16s from the South Carolina Air National Guard; A-10s from the Maryland ANG; KC-135s from the Michigan Air National Guard ANG, Pennsylvania ANG and the Air Force Reserve unit out of Seymour Johnson Air Force Base, North Carolina; and C-130Js from Ramstein Air Base, Germany. Additional support was provided by the 435th Contingency Response Group and the 435th Air-Ground Operations Wing from Ramstein.

In Romania, Exercise Trident Joust is testing our (NATO) ability to command our forces in the field…We have already done a great deal. It is four months since we agreed on the composition of NATO’s new Spearhead Force, and already the troops are up and running.” NATO’s new Spearhead Force, is expected to “a powerful and flexible force” and to show that solidarity exist within the alliance, if not their unwillingness to fund the exercises.  What countries will be the coalition-of-the-willing?  France, Germany, Italy, Poland, Spain, Turkey and the United Kingdom have answered the call of the Secretary-General of NATO.

NATO Response Force will consist of “more” than 30,000 warfighters from various military services. As seen recently in Iraq, the Pentagon has a tactic of creating “lily pads” or small outpost with storage depots of heavy military equipment. The same approach is being employed with “lily pads” in Estonia, Latvia, Poland, Romania, Bulgaria, and Lithuania. “These units will aid the rapid deployment of NATO reinforcement forces in case of a threat, support collective defense planning, and assist in the coordination of multinational training and exercises.”

Exercise Noble Jump is another training exercise that extracted 2000 troops from seven NATO countries, “including Czech and Dutch paratroopers, German and Norwegian infantry, Polish and Lithuanian special forces, Belgian artillery, U.S. helicopters and a Hungarian civil-military cooperation unit.” The eighth and ninth NATO countries were assumed to be the United States and the UK. General Breedlove and Jens Stolenberg have high expectations and rhetoric for 30,000 plus troops to place them near the Russian border and yet expect friendly embraces.

BALTOPS, (Baltic Operations 15) a multinational maritime exercise was held between June 5-20, 2015 in Poland, Sweden and Germany, as well as throughout the Baltic Sea, includes U.S. Air Force participants; namely, three B-52s from the 5th Bomb Wing, four KC-135s sent to Poland from the 100th, 916th and 507th Air Refueling Wings; 14 F-16s from the 480th, and 157th Fighter Squadrons. “The Strat fortresses and 330 airmen, were assigned to 5th Bomb Wing, Minot Air Force Base, North Dakota, (deployed to RAF Fairford UK) and participated in Baltic Operations 15 (BALTOPS) and Saber Strike 15.  The USAF aircraft demonstrated long-range global strike capability…” According to a June 19, 2015 news release, the bombers “will integrate into several exercise activities, including air intercept training, simulated mining operations during Saber Strike, inert ordnance drops during BALTOPS, and close-air support” over international waters in the Baltic Sea and the territory of the Baltic states and Poland. Navy Admiral Cecil Haney, U.S. Strategic Command commander, said in an approved release “Participation of B-52s in Exercises BALTOPS and Saber Strike demonstrates our nation’s steadfast commitment to promoting regional stability and security, fostering cooperation and increasing interoperability as we work alongside our allies toward mutual goals.”

In 2014, the DoD “sent two B-2s and three B-52s to Bulgaria.  Twelve F-15Cs and 200 airmen from the 159th Expeditionary Fighter Squadron, 125th Fighter Wing, of Florida’s Air National Guard…  Aircraft and airmen from the Oregon Air National Guard also are in this unit, which is currently in Graf Ignatievo, Bulgaria. The U.S.Guardsmen, who arrived in March 2015 for a six-month rotation, previously were deployed to Leeuwarden, Netherlands… B-2 stealth bombers and B-52 Strat fortresses were deployed to Royal Air Force Fairford to participate in exercises including Baltic Operations 15 and Saber Strike 15. Poland saw eight F-16s from the 52nd Fighter Wing of Spangdahlem Air Base, Germany, and eight F-16s from the 169th Fighter Wing, South Carolina ANG will remain until June 30 2015in Eagle Talon.  Romania received twelve A-10s and approximately 300 airmen from the 354th Expeditionary Fighter Squadron of Davis-Monthan Air Force Base, Arizona, who began a February 2015 six-month deployment… The unit, was currently forward deployed to Campia Turzii, Romania, and will also train in Poland, Germany, the United Kingdom, the Netherlands, Estonia and the Czech Republic.

Jens Stoltenberg, the former prime minister of Norway and NATO’s new leader, wrote in a Rupert Murdoch’s publication, released on June 17, 2015, “We have entered a period of greater uncertainty, but the countries of the NATO alliance are united in its commitment to collective defense—where an attack on one is an attack on all—and to the protection of liberty, democracy, human rights and the rule of law.” So far, the rest of the world may have concluded that NATO’s expansion in Libya, Syria, Afghanistan, Iraq, and Yemen created more uncertainty and led to the violation of the rule of national sovereignty and the freedom for self-determination.  Hopefully, these NATO exercises and thousands of troops will not find that they are on a “fool’s errand.”