According to NATO, Trident Juncture will be the most ambitious exercise in NATO’s history of multi-nation logistical support.  The NATO support group was tasked to erect a modern "tent city” for the exercise which is scheduled to launch from September 28 to November 6, 2015.

In July 2015, to meet the deadline, 392 containers with all the necessary equipment arrived at the forward base, and 120 soldiers from Austria, Germany, and America were tasked to assemble all the shelter supply elements. Joint Force Brussels Command sent over 650 of its staff to command, control, and synchronize the actions of 36,000 allied soldiers, sailors, airmen, and marines drawn from more than 30 nations. Royal Navy Lieutenant Philip Morrison, commander of the Support Group, describes the process: "Plans for exact positioning of every single tent, container and facility in the camp were drafted a year ago and approved in December 2014.  What was easy on paper though, turns out to be a real challenge here: particularly as temperatures are often over 32 degrees Celsius, gusty winds turn each part of the tent into a yacht-sail, and sustained long working hours combine to present a real challenge”. Trident Juncture 2015 is hoped to demonstrate NATO’s “new increased level of ambition in joint modern warfare and show-case its capable, forward-leaning Alliance equipped with the appropriate capability and capacity to meet present and future security challenges”. The 4th Marine Light Armored Recon Battalion will use the USNS ships for “a gear afloat”. Trident Juncture 2015 includes 12 aid agencies and NGOs. The host nations are Spain, Portugal, and Italy. Many European nations participating are hoping to convince their populations that “their militaries are countering mass immigration and terrorism threats from Africa”. NATO, which after WWII, was a vision as a defensive alliance, but with its operations in Libya and Syria, has become an offensive alliance as well. 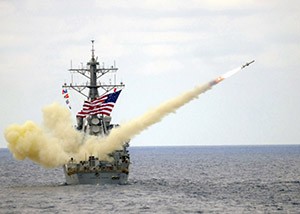 Another NATO military drill is the Multinational Maritime Exercise Sea Breeze 2015, which began on September 1, 2015 in Odesa Ukraine and the Nikolaevsk Region. The exercise is expected to end on September 12, 2015. The new Defense Minister Colonel General Stepan Poltorak, stated that Ukraine is hosting naval military exercises in the Black Sea with NATO forces, involving 2,500 troops and some 150 military vehicles, from NATO warships and helicopters to armored cars. The “host nations” of Sea Breeze 2015 have deployed 1,000 troops, nine warships and eight aircraft for the drill.Ukraine’s navy consist of one surface combatant and seven patrol and coastal ships. The US has sent 1,000 troops as well as five warships, two submarines and six aircraft. The remaining 500 troops, six warships, three submarines and six aircraft were provided by Bulgaria, Germany, Greece, Italy, Romania, Turkey, the UK and the non-NATO nations of Moldova and Sweden. “The exercise is meant to boost trust and security in the region, [and to increase] the compatibility between the Ukrainian Navy and the navies of NATO members and partner countries,” the Ukrainian Defense Ministry said in an earlier statement. NATO, under the financial sponsorship of the United States Defense Department is also currently conducting another war game, called Swift Response 15, in Germany, Italy, Bulgaria and Romania. It is one of the largest airborne events since the fall of the Soviet Union and is planned to last until September 13, 2015. The US Army will conduct a Joint NATO Land Heavy Military Drill on November 4, 2015. Airborne troops and tanks will be included in Swift Response 15.  Also Simple Strike will be focusing within the Baltic regions.