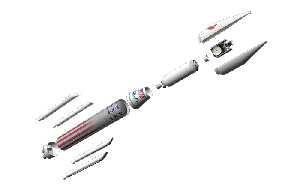 Vulcan, United Launch Alliance (ULA) Next Generation Launch System (NGLS) will make launch services more affordable and accessible. The NGLS brings together decades of experience on ULA’s reliable Atlas and Delta vehicles, combining the best features of each to produce an all-new, American-made rocket that will enable mission success from LEO low Earth orbit all the way to the planet Pluto. “More capabilities in space mean more capabilities here on earth,” said Tory Bruno, president and CEO of United Launch Alliance. “Because the Next Generation Launch System will be the highest-performing, most cost-efficient rocket on the market, it will open up new opportunities for the nation’s use of space. Whether it is scientific missions, medical advancements, national security or new economic opportunities for businesses, ULA’s new Vulcan rocket is a game-changer in terms of creating endless possibilities in space.”

The Sensible, Modular, Autonomous Return Technology (SMART) initiative allow ULA to reuse the most expensive portion of the first stage – the booster main engines – via mid-air capture. This allows a controlled recovery environment providing the confidence needed to re-fly the hardware. 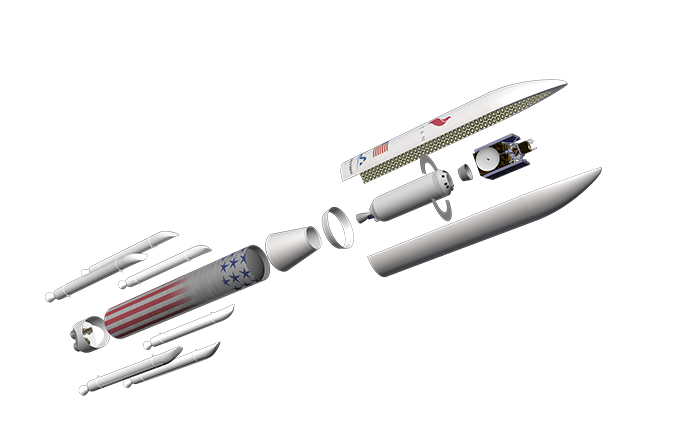 “Step one of NGLS will consist of a single booster stage, the high-energy Centaur second stage and either a 4- or 5-meter-diameter payload fairing. Up to four solid rocket boosters (SRB) augment the lift off power of the 4-meter configuration, while up to six SRBs can be added to the 5-meter version.  In step two, the Centaur second stage will be replaced by the more powerful, innovative Advanced Cryogenic Evolved Stage (ACES), making the NGLS capability that of today’s Delta IV Heavy rocket. ACES can execute almost unlimited burns, extending on-orbit operating time from hours to weeks.”

Blue Origin, LLC, a privately funded aerospace company owned by Amazon.com founder Jeff Bezos, has financially partnered with UAL “to provide a ‘cutting-edge engine’BE-4 rocket engine for the NGLS while also providing a viable alternative to the Russian-made RD-180. The BE-4 is designed for low recurring cost and will meet commercial and NASA requirements as well as those of the U.S. Air Force’s Evolved Expendable Launch Vehicle (EELV) program. The BE-4 uses low-cost liquid natural gas fuel and is designed for reuse.”

Engine component testing is underway at Blue Origin test facilities in Kent, Washington, and Texas. Testing to date includes subscale oxygen-rich preburner development and staged combustion testing of the preburner and main injector assembly. The next major development milestone will be testing of the turbo pumps and main valves. Full engine testing will begin in 2016. A date when the Vulcan will be manufactured with the new BE-4 engine and launch ready is still a being kept a mystery by Bezos. As reported by Defense News, “For nearly 20 years, NPO Energomash has produced its venerable liquid fuel RD-180 rocket engine exclusively for export to US space launch provider United Launch Alliance (ULA) to power its Atlas V rocket.Members of (U.S.) Congress are looking at changing the law to clarify that they intended all 14 engines to be procured, something the (U.S.) Air Force would welcome. And there is a public campaign to ensure that ULA's monopoly is not replaced by one from competitor SpaceX, which offers the tantalizing, if unlikely, possibility that a new tranche of engines could be procured.” SpaceX has positioned itself as a key competitor to UAL. We will have to wait this year and 2016 to see if “David can slay Goliath”.