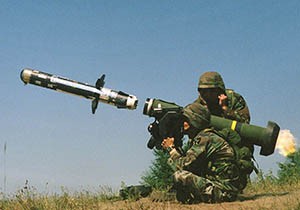 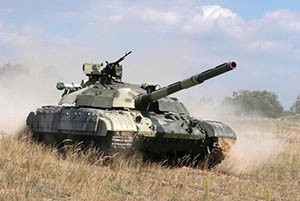 According to Rupert Murdoch’s newspaper publishing firms, “the U.S. is sending …counter-battery radar, which uses the trajectory of an incoming projectile to determine where it was fired from. This would meet a request of Ukrainian leaders for capabilities to look deeper into rebel-held territory, and to more accurately fire back.The U.S. has already provided Ukraine with 20 lightweight counter-mortar radar units, with another 10 due to be transferred by the end of this year, officials said. Those units have a range only of about 6 miles. Other nonlethal aid such as medical kits, night-vision goggles and Kevlar vests has also been sent.” After high ranking generals visited Kiev, “the U.S. Army is now looking to provide what is known as AN/TPQ-36 and 37 Firefinder radar to Ukraine, according to U.S. officials, with ranges of between 15 and 31 miles. Pentagon officials said they were already seeking available units and laying the groundwork to start shipping them, pending U.S. President Barak Hussein Obama’s decision. 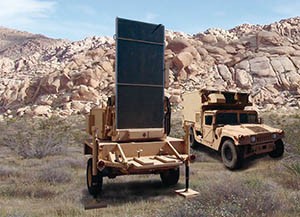 So far 20 counter mortar units have mysteriously been lost by the Kiev forces. The U.S. has given $200 million dollar in Ukrainian military assistance.” Further, the U.S. has sent SOG Special Forces to Ukraine to train their forces in Lviv, Ukraine. The U.S. overtly or covertly continues to train armies in Iraq, Syria, Turkey, Libya, Afghanistan, and Ukraine. Since The cost of these operations of assistance have cost over 2 trillion U.S.Dollars.  However, the U.S. Defense realities are to cut weapon systems and the numbers of fighting forces.  In August 2015, The U.S. Army is now giving pink slips to 40,000 soldiers. This does not include the 80,000 active duty Iraq and Afghanistan war fighter that President Obama has already ordered to be cut. The number of pink slips numbers over 120,000 and does not include the thousands of civilian contractor who support the military (estimated to exceed 30,000). Active duty U.S. military forces only numbers 1.36 million fighting and support troops. In 2014, the U.S. Department of Defense spent $143 BILLION on weapon systems.  Priorities have shifted from the U.S. Army and Marines to the U.S. Air Force and Navy. The 2015 National Defense Authorization (Reform) Act consist of over 150 weapon systems legislative provisions. Cost cutting continues as the U.S. Military and Civilian senior leaders continue to believe that the U.S. can cover the globe with small and limited numbers of warfighters. Only time will tell if these actions by the Obama Administration will have dire consequences to Ukraine and America.