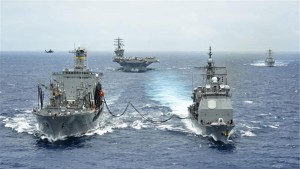 The Department of Defense (DoD) activated U.S. Special Operations Command (USSOCOM) April 16, 1987, at MacDill Air Force Base, Florida. DoD created the new unified command in response to congressional action in the Goldwater-Nichols Defense Reorganization Act of 1986 and the Nunn-Cohen Amendment to the National Defense Authorization Act of 1987. The US Congress mandated a new four-star command be activated to prepare Special Operations Forces (SOF) to carry out assigned missions and, if directed by the President Obama  or Secretary of Defense, to plan for and conduct special operations. Several of the key core goals of USSOCOM are as follows: (1)Direct Action: Short-duration strikes and other small-scale offensive actions employing specialized military capabilities to  seize, destroy, capture, exploit, recover, or damage designated targets; (2) Special Reconnaissance: Actions conducted in sensitive environments to collect or verify information of strategic or operational significance; (3) Unconventional Warfare: Actions to enable a resistance movement or insurgency to coerce, disrupt, or overthrow a government or occupying power; (4) Foreign Internal Defense: Activities that support an HN's internal defense and development (IDAD) strategy and program designed to protect against subversion, lawlessness, insurgency, terrorism, and other threats to their internal security, and stability, and legitimacy;(5) Civil Affairs Operations: CAO enhance the relationship between military forces and civilian authorities in localities where military forces are present;and (5)Counterterrorism: Actions taken directly against terrorist networks and indirectly to influence and render global and regional environments inhospitable to terrorist networks

2016 US Special Operations Forces to Iraq

The U.S. government stated on December 1, 2015 that over 200 Special Operation troops were being sent to Iraq to conduct raids against ISIS-a Sunni Moslem ultra-terrorist organization.  Secretary of State John Kerry said on December 2, 2015 that “the Iraqi government had been fully briefed on the plans and said the two governments would consult closely on operational details.” However, Iraqi Prime Minister Haider al-Abadi told news sources that the Iraq parliament had not been advised. According to Reuters, "If Abadi makes a unilateral decision to approve the deployment of American special (operations) forces, we will question him in parliament. He is aware that a questioning could lead to a vote of no confidence," said Mohammed Naji, a lawmaker from the Badr Organization and a local tribal leader in the Hashid Shaabi, which groups Shi'ite militia and other fighters against Islamic State. "The government is not allowed to authorize a deployment of American troops in Iraq even if it they are expeditionary or intelligence gathering forces," said Hakim al-Zamili, a leading Shi'ite politician from the Sadrists, a movement founded by anti-American Shia cleric Moqtada al-Sadr. Naji said he feared that once deployed, U.S. special operation forces might eventually turn their attention to pursuing Hashid Shaabi commanders and key Shi'ite politicians, some of whom are on the U.S. terrorism watch list.

Saddam Hussei, a Sunni was removed from power in 2003 and since then Iraq has had an unstable government.  The US government is a paymaster for the Iraq military and thus the US special operations troops have considerable leverage over the Iraqi government and military.

Militia leaders have already rejected any deployment of U.S. forces and said they would not hesitate to turn their attention from battling Islamic State in order to fight the Americans. Shi'ite militias put up fierce resistance to the U.S. occupation that followed Saddam Hussein's overthrow. According to Reuters, “the last U.S. troops withdrew in 2011 but some returned as advisers in 2014 after Islamic State's advance threatened Baghdad and they now number just 3,500.” 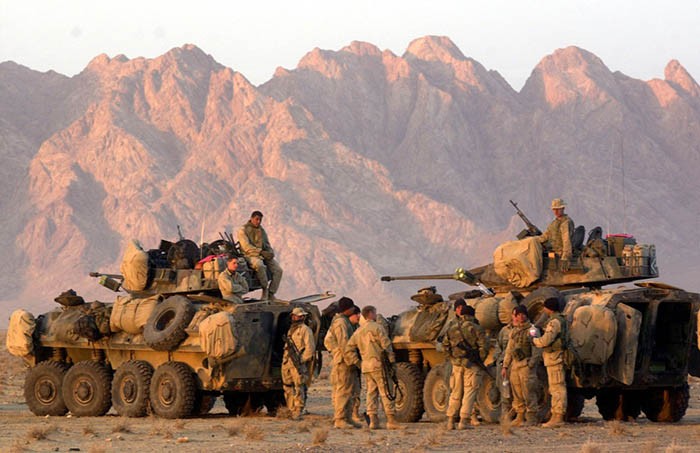 In the 1980s, the US CIA began funneling aid to Mujahedeen rebels in Afghanistan as part of a clandestine strategy to defeat the Former Soviet Union and their Army left in utter defeat. Since late 2001, the US has been fighting its former Afghan Mujahedeen and their Arab allies. Because of US Defense budget cuts by President Barak Hussein Obama, the US military has no other choice but to depend heavily on UAVs, such as the Predator or MG-9 Reaper,and special operations (SOC) forces to fight scattered global enemies to US National Security in a less expensive way. The core of the new strategy is the outsourcing of fighting responsibilities to “irregular force” and armed by the US. According to historian Nick Turse, “under the control of the Pentagon and the State Department, US military personnel now take part in near-constant joint exercises and training missions around the world aimed at fostering alliances, building coalitions and whipping surrogate forces into shape to support US national security objectives.”

As seen in North Africa, Libya, Tunisia, Iraq, Afghanistan, and now Syria, Turse wrote that “ the basic (US DoD) strategy is a global one in which the US will train, equip, and advise indigenous forces - generally from poor, underdeveloped nations - to do the fighting (and dying) it doesn't want to do. In the process, as small an American force as possible, including Special Forces operatives and air support, will be brought to bear to aid those surrogates.” Four years ago  Anthony H. Cordesman, a defense analyst with the Center for Strategic and International Studies research institution told a Congressional Committee that “after more than a decade and nearly $50 billion spent on building the Afghan National Security Forces, the Pentagon is still struggling to adequately train them and has lowered the standards used to assess their progress.” In 2012, the US DoD’s plan was to build an Afghan force of about 350,000 men. From 2002 to 2012 the total cost had already reached $43 billion. By 2015 the Afghan National Army and other security forces cost the American public more than $50billion dollars.

Another example of protracted and costly military operation is Iraq and soon to be Syria. Special Investigator General for Iraq Reconstruction (SIGIR) report stated that the total cost of rebuilding, training, supplying the Iraqi military, police, and justice system was close to $26 billion and it is openly reported that both have performed cowardly and without discipline. In 2012, Turis stated that “it costs between $10billion dollars $12billion dollars each year to sustain in a country whose gross domestic product is (in 2012) just $18 billion. Between 2003 and 2011, the United States pumped tens of billions of dollars into "reconstructing" the country with around $20billion dollars of it going to build the Iraqi security forces. This mega-force of hundreds of thousands of soldiers and police was created from scratch to prop up the successors to the Baathist government that the United States overthrew. It was trained by and fought with the Americans and their coalition partners, but that all came to an end in December 2011.” The US was asked by the Iraq government to immediately leave and take all of its troops out of Iraq.

Under the Progressive Barak Hussein Obama, Secretary of Defense Ashton Carter announced that females can now serve in combat. Former Secretary Panetta announced that gays and trans genders could serve in the US military. These “political correct” socialistic agendas of President Obama to change American society using the US Government and the DoD will deeply effect the morale and effectiveness of US forces in the future. By the original order in January 2013, all the Services and USSOCOM were given the opportunity to request specific exceptions to this policy. USSOCOM Commander, General Joseph Vote, had little choice and agreed to the Obama/Carter order.

Can Regional Wars be contained in the 21st Century?

Corruption and tribal political alignment will always exist in Afghanistan and Iraq, which will hamper a resolution of the conflict and stop the huge resources the US has committed to the never ending conflict in these two “regional marginal economic” countries. Syria will also have the same lesson waiting for the US Military; namely, armed conflict is an important cultural for these religious/tribal societies. Simply put an insurgency leads to huge commitments of monetary resources to end the conflict and creates illusionary economic activities. The questions remains will special operation forces and remote C5ISR stem the regional deadly wars from religious fanatics and tribalism?