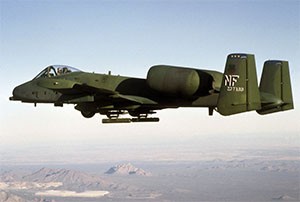 As the President of the United States cuts defense cost by shrinking personnel in the U.S. military branches and advances a political correctness (PC) policy within the military ranks, funds saved on the U.S. basses are being reinvested in building military bases in the former Warsaw Pact Countries and in NATO.  The U.S. Congress quietly passed the European Reassurance Initiative (ERI) and President Barak Hussein Obama signed the legislation.  Countries that had closed their bases are now seeing them opened and upgraded by U.S. taxpayers. As of August 2015, Latvia, Estonia, Lithuania, Poland, Bulgaria, and Romania have seen former USSR bases being opened or new runway extensions and warehouses built to accommodate “rapid deployment forces” from France, Britain, Germany, and the U.S.

The Warsaw Pact was established in 1955 to counter the threat from the NATO countries. At time of the unification of East and West Germany by the Former Soviet Union, the Warsaw Pact nations consisted of Central and Eastern European Countries and was dissolved at the end of the Cold War in 1991. “The members of the Warsaw Pact were as follows:  USSR, Albania (until 1968), Bulgaria, Czechoslovakia, East Germany (until 1990), Hungary, Poland, and Romania. Of the fifteen constituent republics of the USSR, three of these countries declared and were granted independence a few months preceding the fall of the Soviet Union (founded in 1922 and declared a democracy in 1991) in 1991. The remaining twelve did not become independent until the USSR fell completely on December 26, 1991 for example, Armenia, Azerbaijan, Belarus, Estonia (September 1991), Georgia,Kazakhstan,  Kyrgyzstan, Latvia (September 1991), Lithuania (September 1991), Moldova, Russia, Tajikistan,  Turkmenistan, Ukraine, and Uzbekistan.”

Many U.S. House and Senate members have been flown to Kiev to meet with the President of Ukraine and Defense officials of other Warsaw Pact or USSR countries.  Mrs. Jeanne Shaheen, US Senator from the small state of New Hampshire, is a member of the U.S. Senate Committee on Foreign Relations.  Shaheen is Chairwoman of the Subcommittee on European Affairs, which has jurisdiction over the North Atlantic Treaty Organization (NATO), the European Union, Russia, Turkey, Kosovo, NATO operations in Afghanistan, and energy security issues. On June 24, 2015 within the Senate Chamber, Mrs. SHAHEEN said, after spending three days in Poland and Latvia, “Through the European Reassurance Initiative, the administration has pledged $1 billion to bolster U.S. military deployments, to increase our training exercises, and to step up our partnerships with allies, including the Baltic States, Poland, Ukraine, Moldavia, and Georgia as they strengthen their own defenses. I was pleased to learn last week that the administration is planning to preposition tanks and other heavy weaponry in the Baltic States and in Eastern Europe to support training with regional allies and to show resolve in the face of Russian threats. On a bipartisan basis, Members of Congress admire and support Ukraine's stand for universal values and independence, and Congress has responded. In December, we passed the Ukraine Freedom Support Act authorizing the President to provide defensive military assistance to Ukraine and to tighten economic sanctions against Russia…Just as we did during the Cold War, we must develop a 21st-century United States Information Agency and a Radio Free Europe-style campaign to counter Russia in the information space, including in the competition of ideas

and values.” Senator Shaheen was a small business owner (unspecified) and held three terms as governor. Virginia Congressman Rob Wittman, a PHD and professional politician, also visited a former USSR country. During his August 2015 visit he  promised to invest in Estonia’s military bases in Amari and Tapa. "Head of the [US] delegation… Rob Wittman said that the presence of US troops was important, because the rotation of US soldiers in Estonia would help them gain experience and knowledge of the situation in the region…” Congressman Wittman has no military service or experience and his early specialization was in water quality.

The 123rd Expeditionary Force from the Oregon National Guard will have over 200 USAF personnel in Romania and 12 F15Cs until September 30, 2015.  “Our mission in Romania is to support Operation Atlantic Resolve. It is to show the U.S.’s dedication to security, stability, and peace in Europe and to work on interoperability without NATO allies,” said Lt.Col Sean Sullivan, commander of the 123rd EFS. At the Plovdiv and the Graf Ignatievo Air Bases in Bulgaria, 8 F15Cs are temporarily stationed. The fighter planes are from the New Jersey National Guard (177th Fighter Wing). The aging A-10s, referred as the “theater security package” were stationed in Germany, Latvia, Lithuania, Romania, Bulgaria, Estonia, and Poland.  The US has a military force of 2,226,635.  The Russia Federation has a military force of 3,709,000.