(SpaceX) “David” takes over from the fallen giant “Goliath” (ULA) 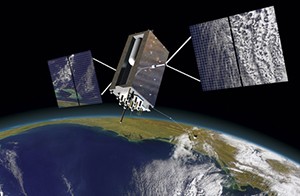 United Launch Alliance -ULA [Boeing $97billion and Lockheed Martin $67billion market caps] ULA pulls out of the DoD GPS-3 bid process leaving SpaceX [2015 major Falcon 9 explosion] the only USAF DoD alternative to launch the 2016 top-secret GPS-3 satellite(s).  A private companies-researcher "PrivCo" recently estimated SpaceX's likely 2014 revenues at just over $800 million. It appears that a solid record of reliability is the one thing that the USAF/DoD customers in the Military Launch Market do not value any more.  Under the current Obama Administration’s Secretary of the USAF James, politics only matters and those of Silicon Valley’s paymaster Elon Musk.

Several years ago, Marco Caceres, a senior Defense Analyst, believed that “in the short term the trend (for the UMLM) is upward and will be robust for the next ten plus years (2018). There are now a huge slew of military satellites in the pipeline that has been under development for many years, and have been actually been delayed by three or five years. The systems that are meant to be replaced in orbit are now pushed to their limits of their lifetime.  If you consider the communications, navigation and needs of positioning for targeting, the needs of the military are now greater than ever as the US fights two wars (Iraq and Afghanistan).” Today, the US warfighters are engaged in four wars (Iraq, Afghanistan, Syria, and Libya). To risk critical satellite C5ISR satellite launches based on political correctness is not only dangerous but an anti-military trend that has been observed since 2007.

Further, over a dozen of these satellites were successfully launched by ULA well into the next decade such as the new systems like GPS-3, and Mobile Communications (MOUS). A highly secured and high speed communications satellite platforms were proposed.  In the short and long term, a new wave of advanced military satellites will be in great demand. However the numbers will be based on whether the Military will build them larger or smaller such as micro or nano satellites. You can expect that these smaller satellites will be launched on smaller vehicles. The cost will be less, but the power of these satellites will be more. This is how the founder of the Tesla battery car and Solar City was able to gain an edge over ULA.  Reported by DowJones publications, “The Pentagon started competitions (2015) in an effort to lower average launch costs of more than $200 million for sensitive missions. It was spurred by a lawsuit from SpaceX that aimed to break ULA’s long-standing (Launch reliability) monopoly on such deals, arguing that the firm owned by entrepreneur Elon Musk was a cheaper option.” 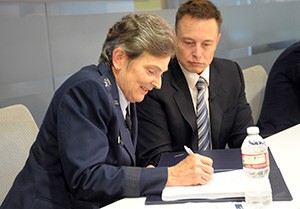 The US Military Launch Market is cyclical. The Military will only launch so many satellites per year, either, 8-10-13. The longevity of most of the satellites is very short so the replacement rate will always be high. The clear trend is for smaller more sophisticated and more powerful satellites. It is difficult to determine which way the US Military will go, bigger or nano-based satellites, but clearly, the Market has a strong demand cycle well into 2020.  Seven years ago I reported that “The Military Launch Market will remain relatively stable over the next decade or so.  With the number of satellite programs that are funded we can project what the launch rate of those programs will need, but the aggregate is flat. There might be a slight downturn from a space budgetary standpoint.  We can see a peace dividend, but the market will be relatively flat. The US Military Launch Market is integral to the US National Security and funding is not expected to be impeded. We do not see any rash cuts with a new Administration,” George Sowers stated at the time.

Politics in Congress and the White House resulted in the DoD not allowing ULA to purchase the reliable RD-180 Russian engines. The top-down approach of Senator John McCain and Secretary Deborah Lee James will give JPL, Orbital ATK, and Aerojet Rocketdyne Holdings Inc. a four year window to copy the RD-180 heavy lift engine. Capitalism again is brushed aside for PC policy expediency. “I am very disappointed that we’re not able to participate,” said ULA’s Chief Executive Tory Bruno. Bruno was right in no longer engaging within the Military Launch market, which is clearly rigged to favor Musk and DFJ. As Russia fights on against global terrorism and the possibility of another Falcon-9 failure exist, the warfighters will find themselves without a reliable command and control system on the ground and air.

The final contract award will be decided on March 2016. The outcome is clear. Also, for expediency, America has sought to destroy its close and leading rocketry technology partner. Doors closed will remain shut and the unintended consequences will shed no light.