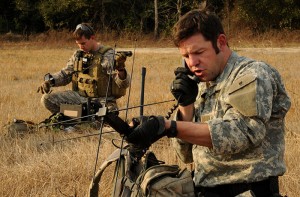 After the horrific November 13, 2015 Paris killing by IS, ISIS, and ISIL Sunni operatives, US CIA director  John Brennan seemed clueless in how terrorist could be defined. Homeland Security, FBI, CIA, NSA and the other intelligence agencies of the US will be unable define terrorist due to the Snowden release of how the National Security Agency  NSA kept  tabs of those using mobile phone communications.

The US congressional leaders once again exposed the American people to terrorist threats because of restricting the NSA’s authority to collect metadata that also includes the names and content of phone communications. The USA Freedom Act gave the illusion to the American public that mobile and landline surveillance would protect National Security. Of course, the media gave the narrative that law enforcement could seek a court warrant, but by then the terrorist killing and bombing could have already occurred.  President Obama immediately objected for warrants and the Congress jumped to vote down this key provision of the bill. This is nothing new about President Obama’s inability to protect the homeland.

According to the DowJones Publications, “Section 702 of the Foreign Intelligence Surveillance Act (FISA)” that authorizes foreign-to-foreign wiretaps and is subject to oversight from the FISA court. But …gave a greater burden on showing the FISA court that both ends of a communication are not U.S. citizens.” The bottom line is that NSA metadata collection is “dead!”

Silicon Valley of Northern California began as a location that created technology to give the US Military warfighters an advantage in any global military communication operation. Oracle began with monies from a contract with the CIA to build a relational database. Yahoo was involved with data capture servers for the NSA. Cell phone technology began as part of early secret C2ISR DoD and DARPA projects. Today, Silicon Valley is positioned by High Tech executives to promote an open, un-vetted-diversity outsourced employee models, and a global European-style progressive society. Silicon Valley firms like Apple have used their technology so that “the end-to-end encryption of cell phones now makes it easier for terrorists to block all telephone or digital monitoring. Apple, Facebook, and Google have encrypted their latest operating systems in such a way that the companies can’t access cell-phone communications even under a warrant. This lets them tell users that governments can’t monitor their messages.”The EU has also followed this model.

The Washington DC Information Technology Industry Council, whose members include Applied Materials, CA Technologies; Apple, Google; Intel; Oracle, LinkedIn, Facebook, HP, Brocade, Microsoft and many others said in a November 19, 2015 statement on , “Weakening security with the aim of advancing security simply does not make sense.”

One must remember that Silicon Valley began as a technology innovative crucible that would defy US Government’s ability to spy and interfere with free speech. “Apple and Google released new smartphone software that the companies said they cannot unlock, even if faced with a court order.” Of course, the US Government approved software and hardware technology patents that would “lock-out” government agencies snooping on private companies and citizens.  Cyber-security Software became a growing industry because of the marketing strategies of High Tech firms to create backdoors that could not be plugged unless companies and individuals purchased their software. Microsoft was a key leader in this area by generating new OS Operating Systems that had to be upgraded every 12-18 months.

Overseas and domestic terrorist are from an age segment that were recruited for IT software training by Apple, Oracle, and Microsoft in software engineering and programming. “I don’t know a way to protect people without encrypting,” Apple Chief Executive Tim Cook said in October 2015 at a technology conference, “You can’t have a backdoor that’s only for the good guys.” The only way to impede the terrorist around the globe is to outlaw end-to-end encryption or purchase software that can only give authorities data on users, not transcripts of what they say to each other. As in 9/11, the NSA, FBI, and CIA could not survey mobile technology to connect the dots. - Three thousand Americans were killed. CEO’s of Silicon Valley are focused on maintaining the hardware and software platforms that restrict the intelligence agencies that can protect the lives of everyday global citizens. Large scale data breeches and hacking by the Chinese government of US firms and government agencies are well documented, but the US DOJ does little to prosecute or to impede these clear daily threats to America’s industrial base.