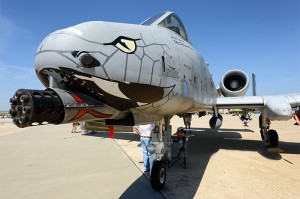 The PCAS system is designed to be platform-, digital radio-, sensor-, and weapons-class agnostic, and to be portable from platform to platform, Raytheon Stated. The main parts of the system are PCAS-Air and PCAS-Ground, which are consists of smart launcher electronics as well as a pilot tablet, and the equipment used by the JTAC respectively. Launched by DARPA in July 2010, the four-and-a-half year program is being executed in three phases. During the current 12-month phase 2 effort, Raytheon is maturing the PCAS program from preliminary design to a critical design review, with an option for phase 3. The PCAS Phase 2 contract was awarded in Raytheon's fourth quarter of 2012 and modified in the third quarter of 2013. The phase 3 PCAS contract is expected to include an 18-month, $25 million effort culminating in a series of flight tests and live-fire demonstrations. In March, the program demonstrated end-to-end, fully digital weapons release of a Griffin missile from a modified MV-22 Osprey tiltrotor aircraft. In another development, an A-10C Thunderbolt II attack aircraft and a joint terminal attack controller (JTAC) on the ground, both feature PCAS capabilities, successfully employed 10 GPS- and laser-guided weapons in a second series of flight tests in May this year. DARPA is focusing on transitioning PCAS technology demonstrated on both the A-10C Thunderbolt Fighter and the MV-22 to different military platforms, which were not released. Raytheon Company, with 2012 sales of $24 billion and 68,000 employees worldwide, is a technology and innovation leader specializing in defense, security and civil markets throughout the world. With a history of innovation spanning 91 years, Raytheon provides state-of-the-art electronics, mission systems integration and other capabilities in the areas of sensing; effects; and command, control, communications and intelligence systems; as well as a broad range of mission support services. Raytheon is headquartered in Waltham, Mass.(Raytheon and USAF Tech contributed)