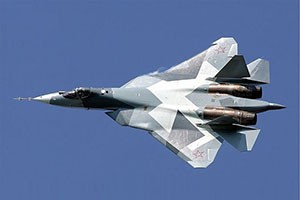 The reality is that both China and Russia (fifth-generation Sukhoi T-50 (PAK FA) have fielded Fifth generation fighters and increased satellite-centered C5ISR. The US (DoD) Department of Defense is in a race to redirect the 2017 budget towards improvement in military platforms such as the F-35. The Pentagon revealed that it expects to make "disproportionate" cuts to

modernization and research and development funding in its fiscal 2017 budget request, while personnel and readiness remain stable, according to the department's top acquisition official Frank Kendall. It is expect that slashing the defense budget will mean that F-35 production will slow.  Speaking Wednesday, Frank Kendall, undersecretary for acquisition, technology and logistics, said "what you'll see in 2017 is disproportionate hits to modernization, R&D and procurement." Kendall believed that the Congressional budget negotiations was "much better than it could have been," he still warned that the budget decisions will have an impact on the ability to push forward with the “Third Offset strategy”. "Given the pressure on our budget and given the things we talked about earlier, the best we're going to be able to do is to start the earlier phases of [the technology programs that make up the Third Offset]," Kendall said. "We don't have the money to make the major investments."

According to Comptroller Mike McCord “I think that you'll probably see one of the ways we'll accommodate this $15 billion cut or so is there will probably be some slowdowns in modernization programs.”

Will the production of the F-35 joint strike fighter be slowed down? Kendall stated,

"It is impossible in these budget to entirely protect it, just put it that way. Dollar for dollar, it probably gives us more combat capability than any other investment we're making but we have a lot of other things that we have to do as well. So it's not entirely fenced. I can't say it's entirely fenced.” The nuclear triad will consist of the Ohio-class submarine (needs upgrades), Long Range Strike-Bomber and new ICBM designs and assumed that budget priorities for the upgrade of the nuclear triad. 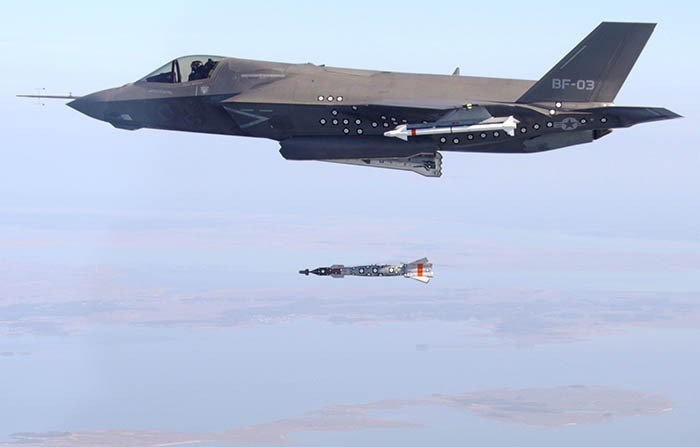 During Kendall’s speech at the Potomac Officers Club, he was "most concerned about R&D.

If you don't do the R&D you won't have a product at all. It is a fixed cost. Once you take the R&D out you are denying yourself future products, in any quantity, period. We're trying to fit as much of that in the budget as we can, at least to move the technology forward to position ourselves for starting EMD in a few years from now," Kendall said.

At the same time, the way the Pentagon uses R&D may need to be reworked. Kendall said he is "getting worried that the Pentagon has protected its science and technology accounts too much as other parts of R&D, in particular the accounts that fuel the new product pipeline, have shrunk.” Even with newspaper accounts that the R&D on the Helmet mounted display system has been hit with technical problems, the tone of Kendall is one of success even with the F-35’s many deficiencies with software and platform components. In addition, the AIM-9X bomb, the GAU -22/A 25mm gun, plus aerial refueling compatibility with NATO and the Australian air force tankers are few of the many concerns revealed with the ongoing testing phases for the F-35 JSF.

JSF program executive officer Lt. Gen. Christopher Bogdan says “nothing compares to it. I’d put this airplane up against any airplane in the world today, tomorrow and for the next 20 or 30 years and we will come out ahead.” A key element to maintaining the F-35’s combat edge is a series of upgrades, the next most significant of which is Block 4. Originally expected to be split into two main sections, the upgrade has been divided into four parts, with the first due for implementation in 2019. “Definition of the exact content of the upgrade is continuing and will be finalized in the next several months (January-March 2016), Kendall says.

“It is complicated because there are so many things we want to do in Block 4,” Kendall expanded that “a number of our partners want to put munitions on the aircraft and some upgrades to the electronic warfare capability and so on, so we are working our way through that. Block 4 will be broken up into several increments and we are sorting out the most efficient and effective way to work our way through that.”

As Boeing outsourced the 787 production to Japan and Italy, Lockheed Martin has made a decision that the F-35 will also be manufactured overseas. The first F-35A aircraft AL-1 flew in September 2015 from the final assembly and check out (FACO) facility at Cameria, Italy. The FACO is the first of two planned, the second will be produced in Japan. The Italians will assemble the F-35As and Bs for NATO members such as the Netherlands’ F-35As. “Japan’s first indigenously made F-35A has begun the manufacturing process on the country’s final assembly and checkout line in Nagoya.” –of wings, fuselage and tails.  Japan is making the F-35 as its new fighter for the JSDF air force. Lockheed and Mitsubishi are production partners in Japan. Lockheed and Alenia are production partners in Italy. As usual, American technology jobs are being outsourced to the EU and Japan by Lockheed Martin and Boeing.

The $400 billion F-35 JFF program that includes the life cycle cost for the U.S. has investment partnership with eight foreign allies; namely, the U.K., Italy, the Netherlands, Australia, Turkey, Denmark, Canada and Norway. So far only 150 F-35 JSFs have been delivered. Lockheed Martin’s main F-35 final assembly line in Fort Worth, but as production in the USA is cut due to the budget, Japan and Italy will clearly become main production and assembly centers. “Under the current production plan, Lockheed will deliver 45 F-35s in 2015, 63 in 2016 and 93 in 2017. Production is then set to rise to 160-168 aircraft per year between the three assembly sites in the U.S, Italy and Japan.”