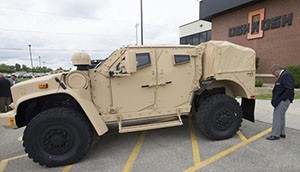 On September 8, 2015, Lockheed Martin filed an official protest against the U.S. Defense Department’s award of a $6.75 billion contract to Wisconsin based Oshkosh Corporation. The contract requires that over 17,000 new US Army and Marine trucks to replace the Humvees that are being used by the US Army, Marines, and other US military allies.  In the long run, the DoD is expected to order 55,000 blast-deflecting vehicles at an expenditure of $30 billion dollars. The GAO has the power to deny or sustain protests.  LM is betting one million dollars in legal cost that the protest will result in either the reopening of the bidding or correcting the evaluation process. The GAO’s decision is not legally bidding but the Defense Department tends to follow the ruling.  The GAO has until December 17, 2015 to render a decision. 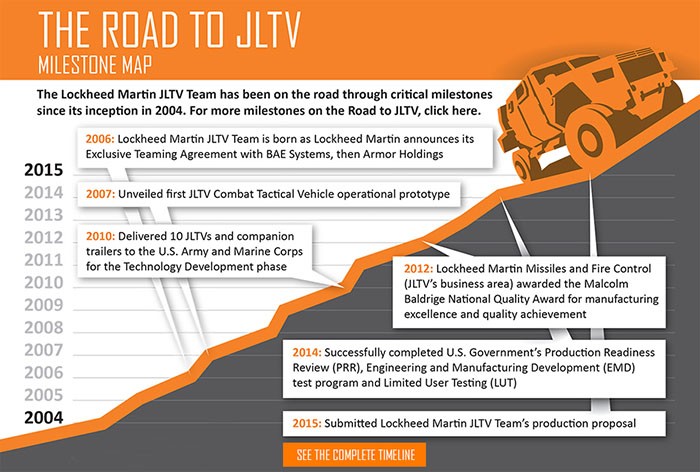 If Oshkosh loses the protest, thousands of union manufacturing jobs will be lost in Wisconsin. Although the GAO is viewed on non-partisan, however under the current progressive pro-union Washington Administration, analysts speculation is that the White House will be heavily involved in ensuring that Oshkosh wins the contract.  Oshkosh stated on the 8th of September that it would hire only 300 workers for the $6.75 billion dollar contract ($30 billion for blast-proven vehicles). According to a Scripps Howard News Service January 2015 study, “at least 1 in 5 of the 1,320 fallen American troops has died in incidents involving the ubiquitous (Humvee) vehicles. Hundreds more have been wounded in them at least 275 troop deaths have been associated with Humvees.”

It is clear that Lockheed Martin (LM) can do a better job. To begin, LM’s principal customers are the “agencies of the U.S. Government. In 2014, 79% of our $45.6 billion in net sales were from the U.S. Government, either as a prime contractor or as a subcontractor (including 59% from the Department of Defense (DoD)), 20% were from international customers (including foreign military sales (FMS) contracted through the U.S. Government) and 1% were from U.S. commercial and other customers.” The Company has a historical track record “in designing, developing and manufacturing advanced defense and technology products and systems.” Compared to Oshkosh’s few locations, LM has 540 locations primarily in the U.S. and is a diversified and stable company without the risk of bankruptcy if a contract is cancelled.Lockheed Martin delivered 22 Joint Light Tactical Vehicles (JLTV) to the U.S. Army and Marine Corps on August 14, 2013. “The vehicles are designed to be a total solution -- engineered from the ground up to balance the "iron triangle" of protection, performance and payload while maintaining affordability. JLTVs are designed to replace or supplement the existing HMMWV fleet.”

LM issued a press statement on the 8th of September 2015, “We firmly believe we offered the most capable and affordable solution for the program.”  According to Larry Bememer, “Oshkosh had nothing but issues with the independent front suspensions in their heavies with MTBMCF being on par with the Hummer at less than 1,200 miles before it had to be towed (or abandoned).  Why would anyone in their right mind purchase a more complicated vehicle from them?”