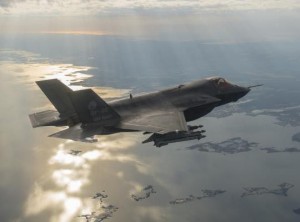 Compared to 5th Generation fighters like the F-35 and F-22, legacy aircraft have a larger radar cross-section (RCS), which means they can be more easily detected by enemy radar. In aerial combat, legacy aircraft have relatively equal opportunities to detect and engage one another, while a 5th Generation fighter pilot can see enemy aircraft first and take decisive, lethal action from a stand-off distance. The ability to see and not be seen is redefining previous generation air-to-air tactics.”

“Drawing on the advantage of stealth, advanced sensors, and data fusion providing enhanced pilot situational awareness, F-35 pilots can fly critical ISR missions with more sophisticated data capture than any previous fighter aircraft. The F-35 has the most powerful and comprehensive integrated sensor package of any fighter aircraft in history, giving pilots 360-degree access to “real-time” battlefield information. The information gathered by F-35 sensors can be securely shared with commanders at sea, in the air or on the ground, providing a comprehensive view of ongoing operations.” 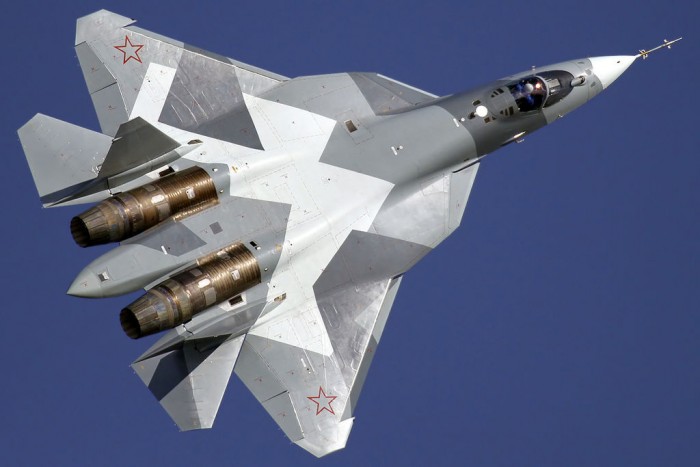 “Much of the F-35’s electronic warfare and ISR capabilities are made possible by a core processor that can perform more than 400 billion operations per second. This core processor collects data from the classified electronic warfare suite, developed by BAE Systems, to identify enemy radar and electronic warfare emissions and, as happens with the eight sensor Electro-Optical Targeting System (EOTS) providing the pilot 360-degree coverage, recommending which target to attack and whether he or she should use either kinetic or electronic means to counter or negate the threat.”

Six years have gone by and is it safe to proclaim that the F35 is unparalleled Stealth? According to Lockheed, “the F-35’s stealth capabilities are unprecedented in tactical fighter aviation. An integrated airframe design, advanced materials and other features make the F-35 virtually undetectable to enemy radar. Extensive analysis and flight test of the survivability of the F-35 with its combination of stealth, advanced sensors, data fusion, sophisticated countermeasures, and electronic attack demonstrate conclusively its superior advantages over legacy aircraft.

The main question is can the F35 Lightening II defeat the Russia’s Sukhoi T-50 PAK-FA stealth fighter that may very well be a lethal match for aged  F35.Russia’s Sukhoi T-50 PAK-FA stealth fighter will be in service along the Baltic airspace by 2017. It is a multirole stealth fighter with a maximum speed of 1,500 mph. Weapons are air-to-air missiles, cruise missiles, precision guided bombs, 30mm internal cannon, four beyond-visual-range missiles. According to Sukhoi Design Bureau, “The Sukhoi PAK FA T 50 is a twin-engine jet fighter being developed by Sukhoi for the Russian Air Force. The Sukhoi T-50 is the prototype for PAK FA.  The PAK FA is one of only a handful of stealth jet programs worldwide.

Dmitry Rogozin, Deputy Prime Minister of Russia spoke on a 2016 digital video documentary, “The PAK FA, a fifth generation jet fighter, is intended to be the successor to the MiG-29 and Su-27 in the Russian inventory and serve as the basis of the Sukhoi/HAL FGFA being developed with India. The T-50 prototype performed its first flight 29 January 2010. Defense Ministry has openly stated that it features stealth technology and has the capability to supercruise and incorporate advanced avionics such as an Active Electronically Scanned Array (AESA) radar and an artificial intelligence system. It is to be outfitted with the next generation of air-to-air, air-to-surface, and air-to-ship missiles. The T-50 has a blended wing-body design and incorporates all-moving vertical stabilizers and horizontal elevators. The aircraft has wing leading-edge devices above the jet engine (LEVCONs) designed to control vortices generated by the leading edge for improved behavior at high AOA. The two engines incorporate 2D thrust vectoring nozzles canted at an angle, similar to the configuration on the Su-35S. Differential actuation of these nozzles can produce rolling and yawing moments. The aircraft inlet incorporates variable intake ramps for increased supersonic engine efficiency and retractable mesh screens to prevent foreign object debris from being ingested into the engines."

Russia will have 50 or 60 new stealth fighters by 2019. According to the Russia media “the 9th T-50 is set to join the test flight program in September 2016. The T-50, according to Dough Barrie, senior air analyst at the International Institute for Strategic Studies, a UK based government funded research company is not as capable as the F-35. But he acknowledges that the USA lead continues to be narrowed and whittled down. Barrie went on to state that “Russia aims to deny the US access to key areas of Eurasia and often pose direct challenges to stated US interests.”  The US has already moved up its F22 Raptor to bases in Poland, Estonia, Romania, and Germany.  “The USAF continues its slow march to initial operational capability for the advanced F-35 fighter, which has been criticized by many for cost overruns and problems with its software and other aspects.”