On September 2, 2017 – on Book CSPAN2.org - Former Secretary of State Condoleezza Rice talked about her book Democracy: Stories from the Long Road to Freedom. Ms. Rice Spoke on “Democracy in Ukraine” - in which, according to my personal experiences, she clearly does not understand why the Eastern Ukrainians fought back after massive artillery bombardments of civilian residential areas and small poor villages in the Donbas.

The following was taken from that interview: Moderator- “YOU NEXT WRITE ABOUT UKRAINE. WHAT IS THE STATE OF DEMOCRACY WHICH UKRAINE.”

Honorable Condi Rice=Guest: “UKRAINE IS A KIND OF SAD SITUATION BECAUSE IF YOU ARE TRYING TO BUILD A DEMOCRACY WITH A VERY WATCHINGFUL EXACTLY ASSERTIVE AND AGGRESSIVE NEIGHBOR IN THE PROCESS OF TAKE (taking) YOUR TERRITORY AND MAKING THE EASTERN HALF OF YOUR COUNTRY UNSTABLE, IT'S KIND OF HARD TO BUILD A DEMOCRACY. BUT THEY'VE MADE PROCESS. THE PRESIDENT (Oligarch Petroshenko) NOW HAS LAUNCHED AN ANTICORRUPTION CAMPAIGN. A GREAT CHECK ON DEMOCRACY, CHALLENGE, IS WHEN YOU HAVE CORRUPTION, AND THEY HAVE MADE SOME GOOD MOVES ON CORRUPTION. “

[comments: Amazing when facts show that Petroshenko was and is the center of corruption. -Reason why the former Governor of Odessa resigned due to the level of Petroshenko’s USA supported Government corruption since US State Dept. Victoria Nuland, the Ambassador Geoffrey Pyatt, and Senator John McCain gave huge sums of Taxpayer dollars to continue the Maidan blood bath and supported the violent overthrown of the office of a duly elected President of Ukraine.]

Honorable Condi Rice= “THERE ARE SOME YOUNG PEOPLE THERE IN THE LEGISLATURE THAT ARE DETERMINED TO DELIVER DEMOCRACY AND IT'S A VIBRANT SOCIETY IN ITS WESTERN PART. THE PROBLEM FOR UKRAINE IS THAT WITH THE TROUBLES IN EASTERN UKRAINE -- YOU DON'T READ MUCH ABOUT THEM IN THE NEWSPAPERS THESE DAYS BUT PEOPLE ARE DYING EVERY DAY IN EASTERN UKRAINE AS THE “RUSSIAN SEPARATISTS” WHO ARE SUPPORTED BY THE “RUSSIAN ARMED FORCES” ARE CAUSING ALL KINDS OF PROBLEMS. SO UKRAINIAN DEMOCRACIES ON A KNIFE'S EDGE BUT IT'S NOT AN AUTHORITARIAN REGIME EITHER AND THAT'S SOMETHING TO CELEBRATE.

[Comments: Unfortunately, Ms. Rice again demonstrates that she is stuck to the 2014 Policy Script written by the US State Department and she skips over that over 10,400 Ukraine citizens who have been murdered -children, mothers, fathers, grandparents.75% of that number are citizens of Eastern Ukraine.]

[Comments: There are no such things as “Russian Separatists.” The fact is that so many Donbas citizens were seeing Petroshenko’s EU and USA trained artillery troops (since 2014) have and are still bombarding, killing families, and burning pensioners homes, that as in the American Revolutionary War, common citizens found ways to fight back-first with rocks and then with weapons left by the retreating Oligarch Right Sector militias’.] 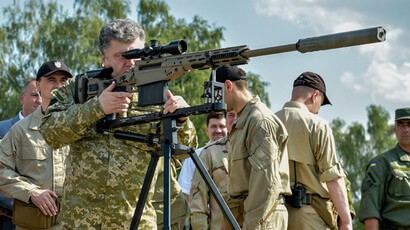 [Comments: Remember, all these Russian-speaking Ukraine citizens living in the Donbas all they wanted was a “free democratic republic” and to be part of the Ukraine Nation. Further, Ms. Rice since it is clear that you have never been to Ukraine in Donetsk and Lugansk or do you understand that a Minsk Agreement was signed. However, what are the facts on the ground, NATO members are assisting Kiev’s Army to continue to violate the Minsk Agreement and continue the long-distance shelling, and the killing of so many innocent non-combatants. Why should Kiev stop when it can play the “victim” against “Russian Aggression”, thus gaining billions of Dollars and Euros. Petroshenko only has a favorability rating of 25%, yet according to Ms. Rice is some champion of Democracy. It seems that this was the same reverse false narrative State Dept. game played with the Dictator’s in South America, Iraq, Libya, Tunisia, China, Vietnam, Romania, and Spain-I am sure that I missed a few others.] 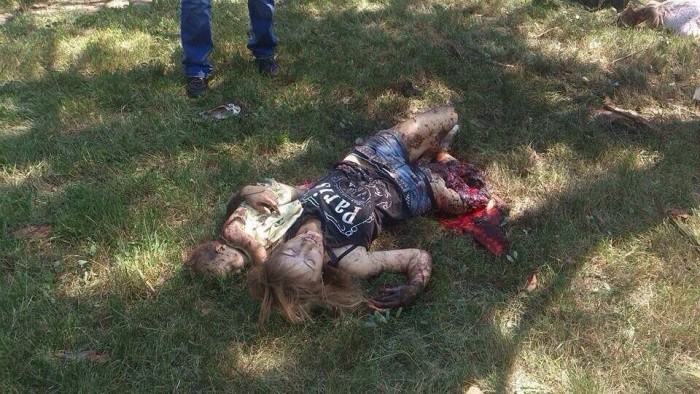 [The author Richard Theodor Kusiolek traveled to Ukraine, lived in Ukraine for 60 days, and interviewed many top officials in Kiev and Donbas. Since then, he has reviewed thousands of Ukraine videos and news releases. Currently, he is finishing his novel on the Slavic People, Crimea, and Ukraine. He has been invited to Eastern Ukraine to interview key officials to assess the reality and not the State Department Policy, but as a Video Journalists. Would it not make sense to have Peace now for Ukraine and to stop the PR aggression against Russia?]