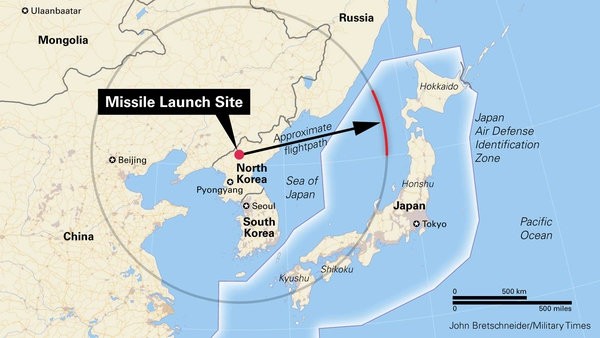 On 7/28/17,” The U.S. Department of Defense (The North American Aerospace Defense Command (NORAD) “detected and tracked a single North Korea missile launch today at about 10:41 a.m. EDT. We assess that this missile was an intercontinental ballistic missile, as had been expected.” Launched from Mupyong-ni, the ICBM splashed down near Japan.”

The US DOD DPRK report to Congress, read “North Korea will seek to continue to test-launch missiles, including the TD-2 ICBM/ Space Launch Vehicle (SLV). Missile tests and other improvement efforts, including denial and deception, artillery, development of a road-mobile ICBM, and special operations forces, are driven by North Korea’s desire to enhance deterrence and defense, and enhance North Korea’s.

The US DOD report to Congress, North Korea “will seek to continue to test-launch missiles, including the TD-2 ICBM/ Space Launch Vehicle (SLV). Missile tests and other improvement efforts, including denial and deception, artillery, development of a road-mobile ICBM, and special operations forces, are driven by North Korea’s desire to enhance deterrence and defense, and enhance North Korea’s.”

Is there a close DPRK design connection to Russian, Iranian, and Chinese SRBM and ICBM form factors?

From a US Department of the Defense (DOD) report on 2017 PRC Military Development, “Taiwan remains the PLA’s main “strategic direction,” one of the geographic areas the leadership identifies as endowed with strategic importance. Other focus areas include the East China Sea, the South China Sea, and China’s borders with India and North Korea. PLA reforms appear to have oriented each new theater command toward a specific set of contingencies.

“China’s nuclear arsenal currently consists of approximately 75-100 ICBMs, including the silo-based CSS-4 Mod 2 (DF-5A) and Mod 3(DF-5B); the solid-fueled, road-mobile CSS-10 Mod 1 and Mod 2 (DF-31 and DF-31A); and the more-limited-range CSS-3 (DF-4). This force is complemented by road-mobile, solid-fueled CSS-5 (DF-21)” The DOD estimates the range of the PLA ICBMs at 5,400-13,000+ km. US intelligence estimates that the PRC has 2,200 missiles of various categories with SRBM’s the highest at 1200. Key former commanders, such as Zhang Xouxia gained military experience during the 1979 Vietnam War, Director Zhang Youxia was formerly in commander of the Shenyang MR. He was appointed to be in charge of PRC’s military weapons development. Vice Chairman Fan Changlong chairmen, spent 35 years in the Shenyang MR, also adjacent to North Korea and Russia. 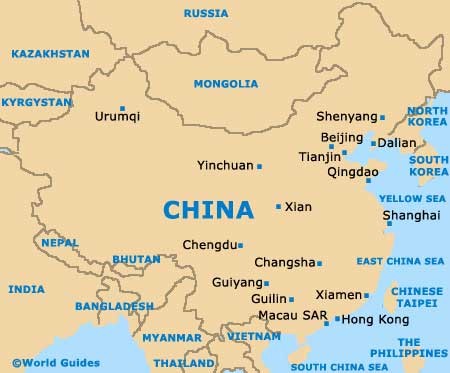 The DPRK “retains the capability to inflict significant damage on the ROK, especially in the region from the De-Militarized Zone (DMZ) to Seoul. Although North Korea is unlikely to attack on a scale that it assesses would risk the survival of its government by inviting overwhelming counterattacks by the Republic of Korea ROK or the United States, we do not know how North Korea calculates this threshold of behavior. Development. - Estimated range for the TDs is 3,400+ miles and the SRBM estimated to be 2,000+miles. DPRK’s only has 200 launchers for all of its missiles. North Korea successfully launched the TD-2 (called the Unha-3 by North Korea) on December 12, 2012. All three stages of the Taepo Dong TD-2 appeared to operate nominally and placed a satellite into orbit.

It was speculated that North Korea obtained its missile technology from the PRC silkworm missile’s early platform. Further, Iran and North Korea are working together on similar nuclear technologies that can be mounted on their ICBM or SRBM. With Iran receiving 150 billion dollars in cash, Iran has a working partnership and financial resources to speed up their secret joint programs. North Korea can obtain Iran technology which will save them cost and speed up the process by 2018 to have ICBMs that can carry miniaturized nuclear strikes upon US and Asia Pacific.