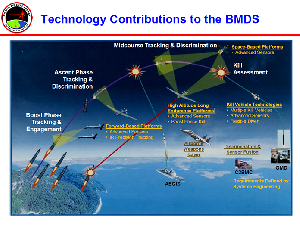 With the foreign policies of both the EU and the U.S. directed at Russia as the “new military threat”, the market for weaponry has never been so huge and profitable. Over 33 countries, and Ukraine will be included in the total numbers, want upgrades to their Raytheon Patriot air defense systems or will purchase new state of the art air-defense missile systems.

Germany, the “hub” of the EU and NATO in Europe will replace all of their Patriot systems with the Medium Extended Air Defense System (MEADS), manufactured by Lockheed Martin and MBDA Missile Systems (consortium of UK’s BAE Systems PLC, Italy’s Finmeccanica SpA, and France’s Airbus Group). Germany will pay $4.5 billion but the contract is expected to be signed in the winter of 2016 and full operational deployment by 2020. It is no secret to analyst that “Missile-defense systems are one of the fastest-growing areas for military spending, spurred by tensions surrounding Ukraine and in the Middle East.” If you have a nail, then you best buy a hammer. The maidan affair created the necessary tension to gain approval for new cash outlays for defense and offensive weapons. Germany is finally being militarized again after waiting since 1946.

Raytheon announced $7 billion dollar contract with Gulf Nations, South Korea, and U.S.Army to deploy new upgraded Patriot missile defense systems. “Poland announced plans in April to buy the Patriot rather than MEADS, and Raytheon has secured almost $7 billion in deals for the system over the past 18 months, notably from a number of Gulf nations, South Korea and the U.S. Army.MEADS, like Patriot, uses truck-based missiles and sophisticated radar to intercept and shoot down aircraft, cruise and ballistic missiles and drones.” Thirteen countries deploy the Raytheon Patriot.

The U.S. State Department “…approved a potential $1.9 billion sale of three Aegis missile-defense systems to South Korea, and has already upgraded its Patriot system and would use the Aegis on destroyers to deter any missile attacks from North Korea.