Escalation between Turkey and Russia as S-400 missile systems 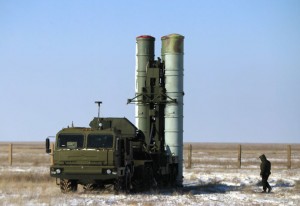 Just two days into Russia’s air campaign that was demonstrating to the world that Russia is taking on the IS (Islamic State) in Syria, disaster hit.  Prior to this downing of the SU25M, diplomatic and military contacts between Russia and Turkey (NATO member) were positive and beneficial to both countries. With the Russia SU – 24M shot down with a missile to its tail section from an American F-16, “all bets are off the table.”

Russian Defense Minister Sergei Shoigu outlined plans to ramp-up security at Russia’s Hmeimim base in Syria. According to a publication of DowJones, “Trade between Turkey and Russia has doubled to more than $30 billion annually over the past decade. Turkish exports make up about 20% of the transactions, while imports from Russia, led by natural gas, make up the rest.”Erdogan was talking as a NATO and US surrogate that Turkey would divert gas purchases from Russia (ISIS has been sending stolen oil and gas from Iraq and Syria directly through Turkey), and that Turkey’s first nuclear plant in cooperation with Russia would be shopped to another partner (possibly the US or Japan). Turkey buys some 60% of its natural gas from Russia. Revenue from Russian tourism to Turkey is $500 million per year. It is believed by some experts that Turkey supports Turkmen militants fighting the Assad regime with weaponry and funding from the sales of Syrian and Iraq oil proceeds.

Earlier in October 2015, Ashton Carter, DoD Secretary of the US, announced for military families to leave Turkey after Turkey authorized U.S. combat aircraft (F-16 Squadrons) to fly missions against the Islamic State terrorist group over Iraq and Syria from Incirlik Air Base, which is in Adana. The voluntary departure affected about 900 people.  If the US military anticipated that their personnel would be under combat conditions, they would have announced this plan to move families out while their pilots prepare for combat. It appears that some of the families have NATO orders bringing them to Turkey, which would validate Mr. Erdogan contacting not Russia when it downed their jet, but NATO’s central command. The USAF said, “…dependents are encouraged to weigh all options and be prepared in the event that the situation in Turkey changes.”

According to the Tegna report of November 25, 2015, “U.S. and coalition airstrikes against the Islamic State group will continue despite Russia’s decision to send advanced S-400 surface-to-air missiles to Syria, said the commander of U.S. Air Forces Central Command. “Yes, it does complicate things a little bit, and we’ll put some thought to it, but we still have a job to do here, and we’re going to continue to do that job – to defeat Daesh [the Islamic State group],” said Lt. Gen. Charles Brown Jr.  Khmeimim airbase in Latakia, Syria, accommodates Russian Air Force squadrons of Su-27SM and Su-30 fighter jets, Su-34 and Su-24 tactical bombers, which are all taking part in airstrikes on Islamic State positions. The airbase is protected by state-of-the-art air defense systems and radars. Khmeimim also has a fully operational unit for maintaining fixed- and rotor-wing aircraft and providing logistical assistance to pilots, “Russian media reported.