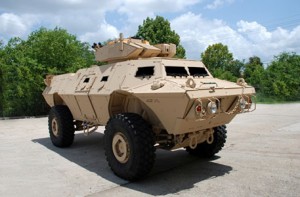 ViaSat Inc. is a global broadband service and technology company, and the British firm Cobham, will work together to create new and innovative product and service offerings to the Mobile Satellite Services (MSS) market. The first satellite terminal product speculated to be available in 2016 and called the EXPLORER 122, a compact, vehicle mount real-time IP satellite terminal, which will complement the EXPLORER PTT-II system for mission-critical voice and data communications. The technology allows for the seamless handover of voice calls from cellular-to-satellite, when the terrestrial connection is lost, without interrupting the conversation. The PTT satellite service utilizes ViaSat's new L-band waveform that offers true IP multicast voice over LightSquared's Skyterra-1 satellite. This will allow for flat rate service plans while protecting the users' information with the most advanced commercial encryption available.  Phil Berry, vice president and general manager, Mobile Satellite Services, ViaSat. "This strategic relationship allows us to combine the complementary strengths of our companies…" 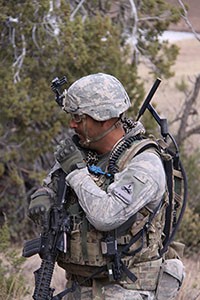 On the battle fields of Syria, Iraq, and Afghanistan, “in the fog of war, mobile warfighters need fast, real-time access to information, commanders, and other operators. On-the-move satellite and line-of-sight communications capabilities to air, land, and maritime platforms are needed and that also includes even JSOC or SOCOM fast movers and edge users. Fighter aircraft, ships, and tactical edge operation must rely on secure 16 tactical data link system for line-of-sight communications and situational awareness.”

ViaSat-2 Satellite (speculated to be launched in 2016) will be capable of Ka band high-through-put (HTP). The satellite in development will be ViaSat-3 that is marketed as a 1TBPS of KaBand through put and more than seven times ViaSat1. ViaSat-1 blasted off from ILS launch base in Baikonur on schedule October 19, 2011. The satellite entered commercial service on January 16, 2012 and still the only satellite in orbit as having the highest capacity broadband circling the earth. If you are on a JetBlue or Virgin America you are use the Wi-Fi space broadband. Space Systems Loral (SSL) manufactured ViaSat1. Boeing Space and Intelligence Systems is building the satellite for $650million dollars. ViaSat2 and consist of 350Gbps of Broadband capacity. With “political scrubbing” of United Launch Alliance by the current American Executive, SpaceX of California and Orbital ATK will be the launch vehicles. So far, the Commercial and Governmental Satellite Industry has chosen politically correctness over reliability and experience.

ViaSat-3 that is still on the drawing board and the contract probably will go to a non-American satellite manufacturer. Don’t expect to see an announcement of the selected contractor until 2017 and a 2022 launch date.  The ViaSat-3 system will also accelerate the existing trend of using the Internet Cloud for some ground teleport functions, simplifying gateway Earth station construction. The Internet Cloud is currently unsecured and subject to cyberattacks on a daily basis. ViaSat-3 could be the Trojan Horse for future warfighters in Communication-on-the-Move vehicles and LM’s F-35s.