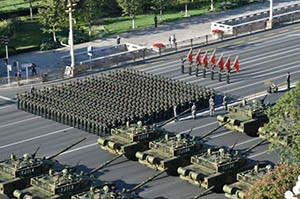 US and Chinese Naval Clash Imminent

In the next five to 15 years, says a recent Rand Corp. study, “Asia will witness a progressively receding frontier of U.S. dominance.” America’s corporations outsourcing strategies have made Communist China into a gold-based technological military power in the East and South China Seas. China’s People’s Liberation Navy has taken a tactical step to control the strategic shipping lanes with a powerful Bluewater navy that has the power to destroy U.S. Carriers and the new destroyer classes.  The cornerstone of PLN’s strategy is to create artificial island reclamations and then announce that over 2000 years ago China had sovereignty over all the island and reefs 180 miles from the shore of the current boundary of China. China’s military elites are taking actions that are indicative of a new Imperial China that is ready to take on the U.S. Navy to gain nationalistic prestige. The root of this new military stratagem began with the Boxer Rebellion; the 1937 “Chinese People’s War of Resistance against Japanese aggression”; and the rise of nationalism from 1990s to the current era of economic dominance over the United States. China has no legal international or United Nations rights to their claim of sovereignty over their “manufactured islands.” The U.S. Navy has every right under the “Freedom of Navigation” to send as many vessels within 12 nautical miles of these land-filled reefs and islands as it deems fit to do so.  The guided-missile destroyer USS Lassen sailed within 12 nautical miles of Subi Reef, one of seven rocks and reefs in the Spratly chain on which China has built artificial islands. Subi Reef was almost certainly selected because it is a low-tide elevation,” said Andrew Erickson, an expert on China’s military at the U.S. Naval War College. 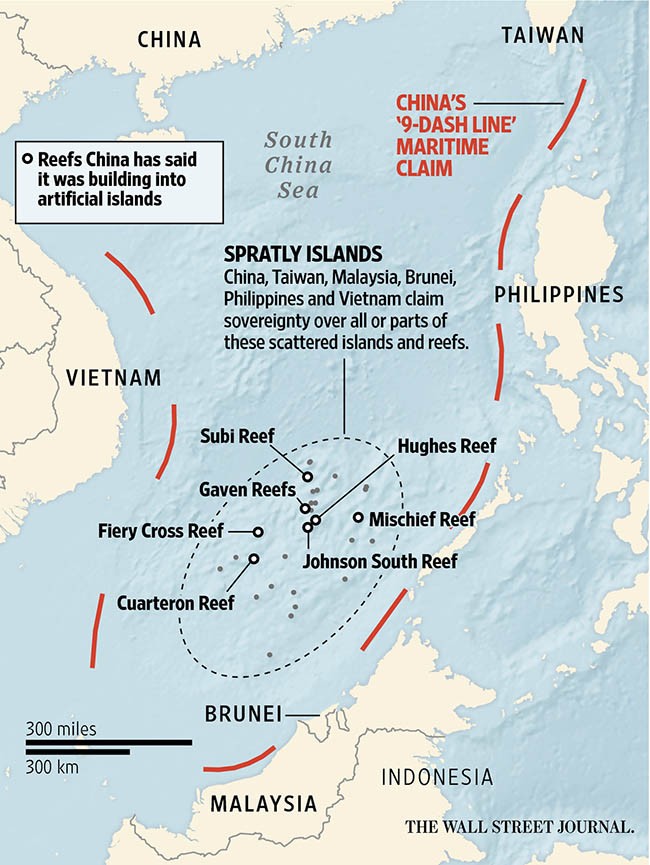 This is not the first time that China challenged the authority of International Law. There is clear historical evidence that imperial Chinese Dynasties also made up the rules as they went along to take over territories.  China believes that the Diaoyu Islands are a part of the territories that the US, Russia, and Great Britain returned to China after WWII. Their basis for this conclusion is a map that they drew in 1947 by the KMT-led government, not the Mao government. Senior Colonel Zhou Bo, Director of the Center for International Security Cooperation made his case that maritime and territorial disputes are becoming more rapid. China believes in having rounds of talks to resolve these disputes, but this is just another ploy to give credibility to illegality of defining a waste dump land fill 120-180 miles from China coast as sovereign territory and subject to the protection of China’s Navy and Air Force.  Zhang Junshe, a researcher at the People's Liberation Army Naval Military Academic Research Institute, wrote “Since the 1980s, China has voluntarily announced troop cuts several times, reducing its number by 1 million, 500,000 and 200,000. The troop cuts have been massive, for the People’s Republic of China had 6.27 million troops in its initial days which today stands at only 2.3 million…The security and development issues China faces, combined with the looming non-traditional security issues and the arduous task of maintaining national unity, territorial integrity and development interests, also underscore China’s need to maintain a cutting-edge military.”

Secretary of Defense Ashton Carter responded on October 13, 2015, "Make no mistake, we will fly, sail and operate wherever international law permits," Carter said in response to a question about China's claims over islands it has built in the South China Sea. "We will do that in the time and place of our choosing."  The waves of war at Sea may be a reality as China pushes its new economic, political, and military power.

China has so far decided to take the first shot over the bow of the International Naval presence in the East and South China Seas. The United States has taken the right international law action in this maritime dispute as it did when China created its own “air zone of control” two years ago.