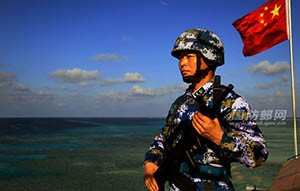 Secretary of Defense Ash Carter spoke about the DoD budget at an Economic Club of Washington breakfast event at 8:30 a.m. on February 2, 2016. He stated that the fiscal year 2017 budget will request $582.7 billion in funding for the Pentagon, including $71.4 billion for research and development, $7.5 billion to fight (ISIL) the Islamic State group, $8.1 billion for submarines, and $1.8 billion on munitions…”We don’t have the luxury of just one opponent, or the choice between current fights and future fights – we have to do both,” Carter said. “And that’s what our budget is designed to do. Key to our approach is being able to deter our most advanced competitors. We must have – and be seen to have – the ability to impose unacceptable costs on an advanced aggressor that will either dissuade them from taking provocative action, or make them deeply regret it if they do,” Carter said, adding that “In this context, Russia and China are our most stressing competitors.” 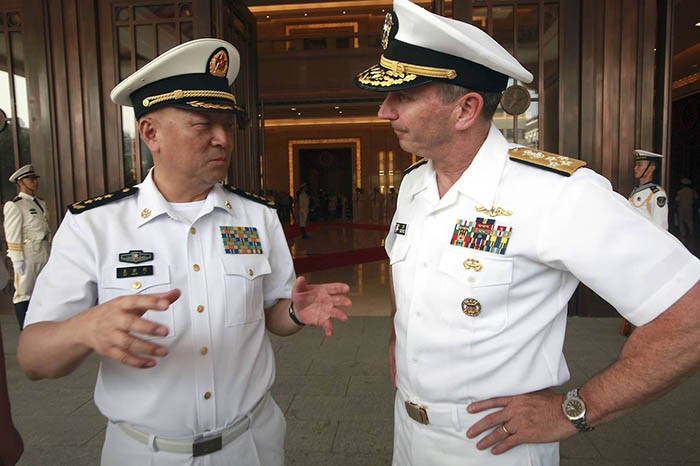 Carter stressed that Russia was the main aggressor in the world, but downgraded criticism of China’s vast growing technological fit military. The U.S. administrations created the environment in which it finds itself with technologically outdated weapons. Since President Bill Clinton encouraged the outsourcing of 80% of U.S. manufacturing to China and an approved exchange of the U.S. academic and scientific community (especially in Silicon Valley) with their Chinese counterparts, “the chickens have come to roost”. Now, the U.S. is faced with a potential threat to the U.S. Pacific fleet by the PLN and the PLAF.

Months ago in 2015, Vladimir Putin said that “Russia would attack NATO only in a mad person’s dream.” During the June 2015 G7 conference, the U.S. State Department drove the narrative of “Russian aggression”. To note, six of the 7 of the G7 are members of NATO. The U.S., UK, and Canada have been parroting the need for regime change in Russia. The members of the G7 only are a mere 32% of the world’s GDP.  It makes little economic or foreign policy sense that Russia and China would now be the primary rational for the U.S. to re-arm and focus on “new military technologies (Supposedly to be created by the “Silicon Valley” geniuses)”.  In the last seven years, the Obama Administration neglected the US Armed Forces R&D requirements. In speeches, Putin stressed that one should not take the ongoing “Russian aggression” scaremongering in the West seriously, as a global military conflict is unimaginable in the modern world. The Russian President also, fairly bluntly, stated that “we have better things to be doing” (than starting World War 3).Certain countries could be deliberately nurturing such fears, hypothetically the US could need an external threat to maintain its leadership in the Atlantic community. “Iran is clearly not very scary or big enough” for this, Putin noted with irony.