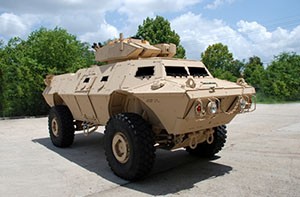 Slumping oil prices and the rising dollar In the Middle East has lowered the demand for troop armored platforms. Companies like Oshkosh and L-3 Communications will radically see their sales noise-dive as the demand for aircraft, air defense, and stockpiling ammunition (as Gadhafi did) will accelerate. However, that lower demand function will not be duplicated as NATO slowly builds-up a “steel curtain” on the European borders with Russia. L-3 Communications Holding Inc. and Oshkosh revenue figures may not be so “rosy” in the Middle East but spectacular in Europe and Asia. Earlier in the year, L-3 Chief Executive Michael Strianese stated that “the Mid-East has slowed down, and Australia as well but that demand has strengthened in other parts of Asia.” As Iran is transitioning to less of an aggressive player in global terrorism, the need for hundreds of M-ATV mine resistant armored vehicles will result in fewer sales in 2016.

Wilson Jones, the company’s chief executive, said “he learned an unnamed customer had frozen its budget last quarter, and was reviewing its spending plans.” Oshkosh had sold hundreds of armored vehicle platforms to the United Arab Emirates. 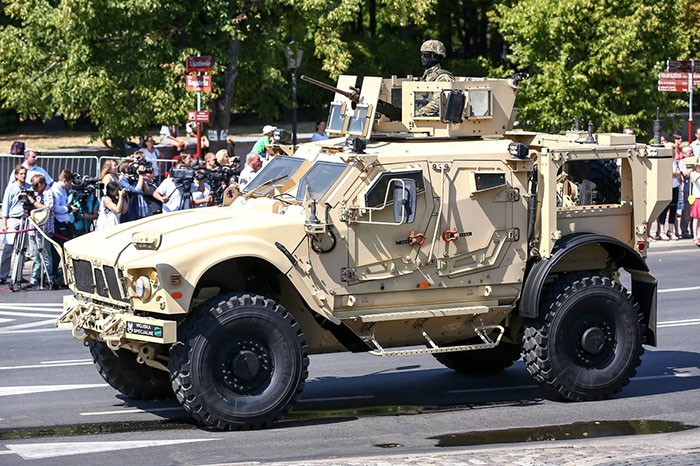 “Recent acts of terror around the world and the ongoing fight against the Islamic State prompted an increase in defense spending in 2015, the first in four years. These headlines indicate a shift from a four-year trend of declining defense orders, which appears to be bottoming even before newly expanded budgets can be deployed and reflected in government data. The US Commerce Department’s November durable goods report showed a 44% jump in defense orders from October. Defense orders are highly volatile, but the six-month average is starting to climb after an extended period of weakness,” said PowerShares Aerospace & Defense Portfolio.

The Defense super companies in the Middle East are still Raytheon Co., Lockheed Martin Corporation and Northrup Grumman Corporation.Raytheon’s Chief Executive Tom Kennedy was quoted at an investor conference, “If anything, we’re seeing a stronger demand than a slowdown,” after returning from a business trip to the Middle East. As reported by the Wall Street Journal, Raytheon derived 31% of its sales last year from overseas, the highest proportion among big U.S. contractors, as countries look to acquire Tow anti-tank missiles, Patriot air defense system, and Paveway laser-guided bombs.

Exports for the US Defense Industry players accounts for approximately 20% of total revenue for the top ten Defense contractors. In November 2015, former President of (SAIC) Science Applications International Corporation's Technical Division and currently U. S. Air Force Secretary  Deborah Lee James “pledged to step up efforts to expedite the sale of weapons overseas amid a surge in export orders notably from countries in the conflict-ridden Middle East.”The Pentagon said foreign arms sales in the 2015 fiscal year to end-September topped $47 billion