SpaceX is viewed as one of the most valuable private companies in the world. In 2015, the Silicon Valley funded venture company SpaceX has helped drive the industry forward, especially with its $1B Series F mega-round. Why is this a “new era” in space flight? Is it because the venture capitalist and the USA taxpayers who are paying millions to achieve Elon Musk SpaceX’s space transportation goals to duplicate what the Russian have done so successfully for twenty years? Many in the Aerospace Industry, in NASA, in Congress are extremely skeptical of SpaceX's ability to carry out COTS D, and many of those skeptics are lawmakers.

“Since the Mercury program in the early 1960s, NASA has used an almost identical operating model to achieve its goals of human spaceflight. This includes the Space Shuttle Program and the American portions of the International Space Station. NASA would identify a need for a crew transportation system and then the agency's engineers and specialists would oversee every development aspect of the spacecraft, support systems and operations plans. A commercial aerospace contractor would be chosen to build the system, ensuring that it meets the specifications spelled out by NASA. Personnel from NASA would be heavily involved and oversee the processing, testing, launching and operation of the crew system to ensure safety and reliability. All of the hardware and infrastructure would be owned by NASA.” 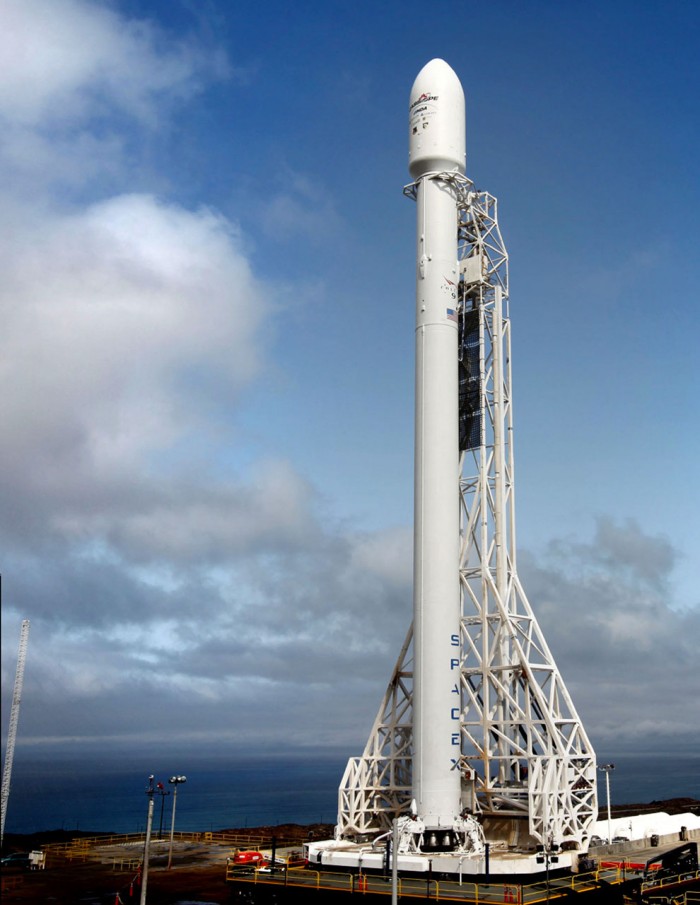 “NASA identified a need for a crew transportation system and a broad set of requirements that would be necessary to ensure crew safety. In the case of commercial crew, the need centered around a safe, reliable and cost-effective means of getting humans to low-Earth orbit, including the International Space Station, and return safely to Earth. Interested companies are free to design in a way they think is best and are encouraged to apply their most efficient and effective manufacturing and business operating techniques. The companies own and operate their hardware and infrastructure. NASA's engineers and aerospace specialists work closely with the commercial companies, allowing for substantial insight into the development process and offering up expertise and available resources. NASA already has committed itself to relying on COTS (Commercial Orbital Transportation Services) as the primary means of cargo transport to the ISS after the space shuttle retires in 2010, and recently awarded SpaceX a contract potentially worth up to $1 billion for flights through 2012. SpaceX has $278 million dollars of the $500 million in seed money. Demo-2 is the final major test for SpaceX’s human spaceflight system to be certified by NASA for operational crew missions to and from the International Space Station. SpaceX is returning human spaceflight to the United States with one of the safest, most advanced systems ever built, and NASA’s Commercial Crew Program is a turning point for America’s future in space exploration that lays the groundwork for future missions to the Moon, Mars, and beyond.”

Dragon 2 is a class of reusable spacecraft developed and manufactured by American aerospace manufacturer SpaceX as the successor to the Dragon 1 cargo spacecraft. The spacecraft launches atop a Falcon 9 Block 5 rocket and returns to Earth via an ocean splashdown. Maiden orbital launch occurred on March 2, 2019. Crew capacity is 7 astronauts and supplies for the ISS. The design life for free flights is 7 days and 210 days for docking to the ISS.

Elon Musk’s company which designs, manufactures, and launches rockets & spacecrafts has completed multiple successful projects, including launching and landing a used rocket into space in 2017. However, SpaceX is quite transparent in its efforts to demonstrate that an entrepreneurial company can compete with the giants such as UL and Arianespace. That type of openness is refreshing. The sloshing of fuel which was the main culprit for failure, was cured by adding baffles to the second-stage LOX tank and new software. Because of the high risk of failure and insurance liabilities, SpaceX will not rely on its own engineers and their simulations and have asked a third independent party to help. However, risk is real for the May 30,2020 launch. SpaceX has had some colossal failures. These are just a few that have been released to the press and it would not be scientific to conclude that many have not been released to the press as SpaceX test are shrouded in top secret. On May 1,2017, A SpaceX Falcon 9 rocket launched the NROL-76 spy satellite on a classified mission for the National Reconnaissance Office. The mission launched from Pad-39A at NASA's Kennedy Space Center in Cape Canaveral, Florida. Since then NRO decided to use Rocket Lab instead of SpaceX for its launch of three more USA spy satellites.

* Falcon 1, March 20, 2008, second demonstration, lifted from the launch pad but failed when it developed a roll problem that was blamed on a coupling.

* On 20 April 2019, the Crew Dragon capsule used in the Crew Dragon Demo-1 mission was destroyed in an explosion during static fire testing at the Landing Zone 1 facility. ... The Super-Draco engine test that failed on April 20, 2019 was repeated successfully on November 13, 2019. NASA and SpaceX confirmed that there was some kind of ‘anomaly’ during a series of engine tests of the Crew Dragon capsule, after witnesses reported and shared pictures of a plume of orange smoke visible from miles away. “Earlier today, SpaceX conducted a series of engine tests on a Crew Dragon test vehicle on our test stand at Landing Zone 1 in Cape Canaveral, Florida,” SpaceX PR spokesperson said. “The initial tests completed successfully but the final test resulted in an anomaly on the test stand.” SpaceX did not elaborate on the damage inflicted to the spacecraft or the testing site, but NASA was immediately notified of the incident. “The NASA and SpaceX teams are assessing the anomaly that occurred today,” NASA Administrator Jim Bridenstine confirmed. The capsule spacecraft was “nearly destroyed,” though it was not clear which one as the company has several capsules undergoing tests, in an ambitious quest to revive America’s piloted space flights. The Crew Dragon without a human crew made its maiden test voyage to the International Space Station back in March 2019, and was undergoing final tests for a crewed mission on May 30, 2919.

Can SpaceX on Saturday, May 30, 2020, have a successful flight of their Falcon 9 launch vehicle.

SpaceX is positioning itself as a low-cost provider and a flexible provider that can launch only in one hour after an abort. It is reliability that has not measured up to Musk’s visions. The Falcon 1 cost $7million and the Falcon 9 $35million. According to experts, even with rising global prices and the cost for raw materials. Falcon 9, is an Atlas V/Delta IV-class derivative of SpaceX's smaller Falcon 1, to win over Lockheed Martin and Boeing’s EELVs (Evolved Expendable Launch Vehicles) contracts.SpaceX is targeting Saturday, May 30 for Falcon 9’s launch of Crew Dragon’s second demonstration (Demo-2) mission from Launch Complex 39A (LC-39A) at NASA’s Kennedy Space Center in Florida. This test flight with NASA astronauts Bob Behnken and Doug Hurley on board the Dragon spacecraft will return human spaceflight to the United States. The instantaneous launch window opens at 3:22 p.m. EDT, or 19:22 UTC, with a backup instantaneous launch opportunity available on Sunday, May 31 at 3:00 p.m. EDT, or 19:00 UTC. 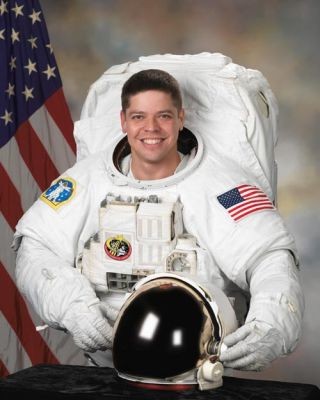 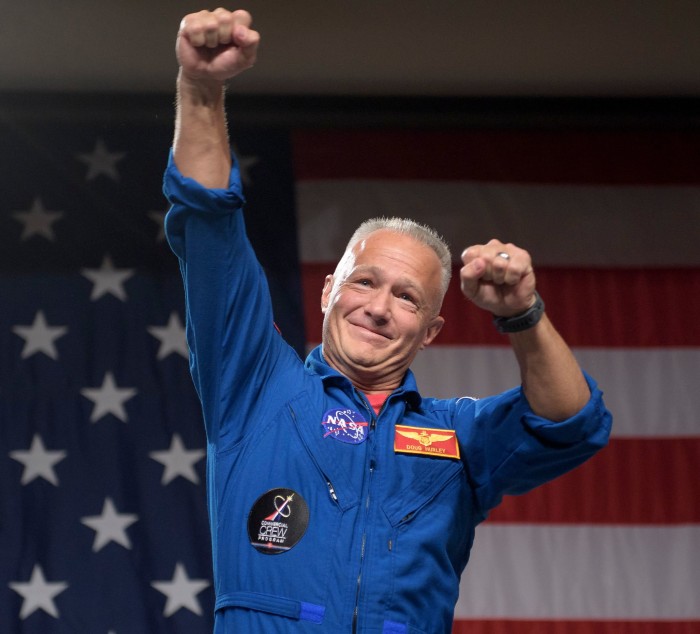 Doug Hurley, US Marines-Douglas G. Hurley was selected as an astronaut by NASA in 2000 and is a veteran of two spaceflights. Hurley currently is training for the Demo-2 flight of SpaceX’s Crew Dragon spacecraft, the first crewed flight for the company's next-generation spacecraft. Hurley will be the spacecraft commander for Demo-2, responsible for activities such as launch, landing and recovery. He and his crewmate, Bob Behnken, are working closely with SpaceX to develop its new spacecraft systems, which will provide round-trip crew transportation services to the International Space Station and, along with Boeing’s Starliner, return the ability to launch humans into low-Earth orbit from the United States. A native of New York, Hurley piloted space shuttle mission’s STS-127 in July 2009 and STS-135 in July 2011. He has logged more than 680 hours in space. Hurley is a retired U.S. Marine Corps colonel. Find more

“Today is about reigniting the dream of space and getting people fired up about the future,” says SpaceX CEO Elon Musk, emphasizing that the Falcon 9 Crew Dragon launch scheduled for May 30, 2020, should inspire people from all walks of life to imagine the future’s vast possibilities. “Anyone who has within them the spirit of exploration should be excited about what’s going on.” SpaceX hopes to be the spark for an American generation of space exploration.

GMCStream (Silicon Valley/Raleigh Tech Zones) Headquarters- This email address is being protected from spambots. You need JavaScript enabled to view it. 800-564-0913-URL: http://www.GMCstream.com (Boeing-SpaceX-Forbes-NASA contributed to this article 5-29-20