During the last Ice Age and until its end about 10,000 years ago, the Black Sea was variously a dry seabed, a freshwater lake, and, ultimately, a sea. Written by U.S. oceanographers William Ryan and Walter Pitman, the book Noah’s Flood (1989) offers an interesting hypothesis. Based on their research, the book traces the stages of the Black Sea and proposes that the biblical “great flood” was part of this history. (In ancient Greek myths, the sea—then on the fringe of the Mediterranean world—was named Pontus Axeinus, meaning “Inhospitable Sea.” Later explorations made the region more familiar, and, as colonies were established along the shores of a sea the Greeks came to know as more hospitable and friendly, its name was changed to Pontus Euxinus, the opposite of the earlier designation. It was across its waters that, according to legend, Jason and the Argonauts set out to find the Golden Fleece in the land of Colchis, a kingdom at the sea’s eastern tip (now Georgia).) Today, the Black Sea is bordered by Ukraine, Russia, Georgia, Turkey, Romania, and Bulgaria. Ukraine, including the Sea of Azov, has the longest coastline at 1,732 miles. Though the Black Sea is technically an inland sea, some sources define it as “a marginal Mediterranean Sea of the Atlantic Ocean,” even though it is thousands of miles from it. 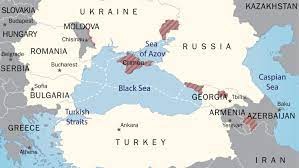 The Black Sea is bordered by Ukraine, Russia, Georgia, Turkey, Romania, and Bulgaria.

The greatest east-west width is 730 miles, while the north-south dimension is 160 miles. With a surface area of 169,000 square miles, it ranks 49th in area of the 76 world’s seas. The greatest water depth is 7,260 feet, with an average depth of 4,111 feet. There are extensive shallow areas along the western coastlines at the Danube Delta, Bulgaria, Romania, and Ukraine.

The Black Sea’s volume is about 131,000 cubic miles. It is highly stratified into two layers that do not mix. The 330-to-660-foot-thick upper layer is relatively low salinity from the outflow of the coastal rivers and floats on top of the much thicker lower layer that makes up 90 percent of the sea’s volume. There is almost no vertical mixing between the two layers, and the seawater is anoxic, with virtually no dissolved oxygen in it. This lack of oxygen preserves organic materials and is unique to the Black Sea, as marine organisms break down in oxygenated water relatively quickly in other parts of the World Ocean.

For example, the wood on the RMS Titanic is almost fully consumed. In addition, there are even some specialized organisms that are “eating” the metal hull. By contrast, the Black Sea is a virtual marine archeology museum. Its deep waters preserve such things as ancient shipwrecks and remains of sunken villages. The world’s oldest intact shipwreck was found there in 2018—a 2,400-year-old Greek merchant ship offshore of Bulgaria at a depth of 1.2 miles. The Greater Black Sea Basin drainage area that supplies the Black Sea’s waters has an area that is about two thirds the size of Europe and six times that of the sea. Ten of the largest rivers in Europe flow into the sea, the most important being the Danube, Dnieper, Dniester, Don, and Bug.

A marginal sea, the Sea of Azov is in the northeast Black Sea. Shared by Russia and Ukraine, it is 220 miles long and 110 miles wide. Connecting to the Black Sea through the 2.5-mile-wide Strait of Kerch, it is the shallowest sea in the world, with depths ranging from 3 to 46 feet. Receiving water from 20 rivers, it is a net supplier of water to the Black Sea 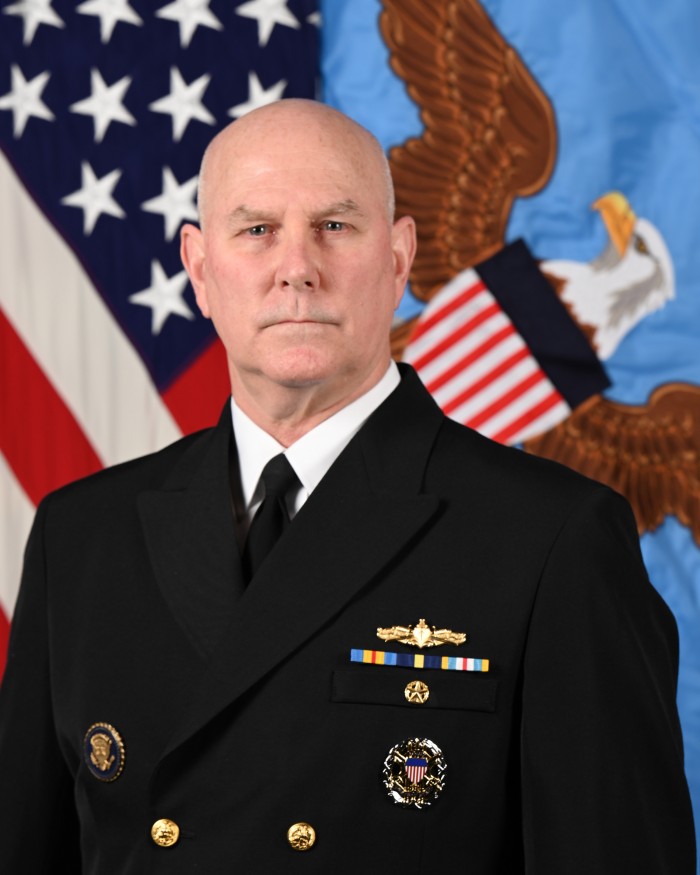 There are restrictions to uses of the straits by ship traffic. The Montreux Convention of 1936 gives Turkey full-control rights. In peacetime, commercial ship traffic has unlimited right of free passage. However, warships are limited to a maximum size of 15,000 tons, and those from non-Black Sea states must provide 15 days’ notice of intent to transit. They are limited to 21 days in the sea. Warships based in Black Sea ports must give eight days’ notice. If there are war activities in the region, Turkey may prohibit passage of military vessels of any of the combatants. However, if the ships are returning to their bases in the Black Sea, that should be permitted.

Contributor this article by the author: Retired Capt. Don Walsh, the first commander of the U.S. Navy bathyscaph Trieste. Captain Don Walsh, U.S. Navy (Retired) Dr. Walsh is a marine consultant and retired naval officer and oceanographer. In January 1960, he became one of the first two human beings to explore the deepest point in the World Ocean, Challenger Deep.