Who is this brash Aerospace Pioneer from the UK? “We are at the vanguard of a new industry determined to pioneer twenty-first century spacecraft, which will open space to everybody — and change the world for good.” -Sir Richard Branson, Founder, Virgin Galactic 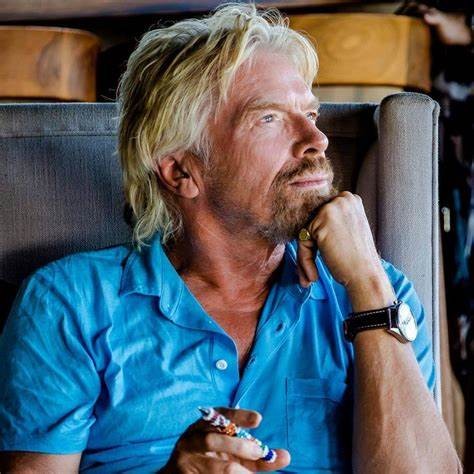 A Space Billionaire($5.6billion) who risked it all to fly on his own Space Tourism platform to be available for all in 2022?

"Branson, who was a school dropout, entered into his first successful business venture as a teenager with the magazine Student. When the magazine began losing money in the late 1960s, he formed Virgin Mail Order Records (so named because Branson considered himself inexperienced in business) to raise funds, and in 1971 he opened the first British discount record store. In 1973 he helped form Virgin Records, which quickly became the principal label worldwide for punk and new wave. In 1984 he became the majority backer of the airline that he renamed Virgin Atlantic Airways. Beginning with a single aircraft, the carrier succeeded despite fierce opposition from established airlines, and in 1992 Branson sold Virgin Records to raise additional money for Virgin Atlantic. Branson lhelped fund Fossett’s record-setting flight in 2005, in which he completed the first solo nonstop circumnavigation of the world in an airplane. Branson’s numerous charitable initiatives included pledging an estimated $3 billion in 2006 to fund environmentally friendly fuel research. In 2007, in honour of his sustained support of humanitarian and environmental causes, Branson received the Citizen of the Year Award from the United Nations Correspondents Association (UNCA). He published an autobiography, Losing My Virginity: How I’ve Survived, Had Fun, and Made a Fortune Doing Business My Way (1998, updated ed. 2011), and iterated his business philosophy in The Virgin Way: Everything I Know About Leadership (2014). Branson was knighted in 1999." [ revised and updated by Amy Tikkanen,]

"Virgin Galactic recognizes that the answers to many of the challenges we face in sustaining life on our beautiful but fragile planet, lie in making better use of space. Sending people to space has not only expanded our understanding of science, but taught us amazing things about human ingenuity, physiology, and psychology. From space, we can look with a new perspective both outward and back. From space, the borders that are fought over on Earth are arbitrary lines. From space there is much more that unites than divides us."

Does Branson provide life insurance for each flight? 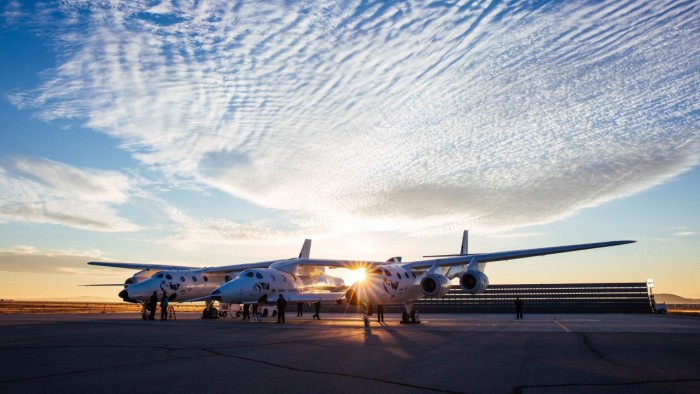 "We are the world’s first commercial space line and vertically integrated aerospace company. With our sister company, The Spaceship Company we are developing and operating a new generation of space vehicles to open space for everyone. Our mission, to be the Space line for Earth, means we focus on using space for good while delivering an unparalleled customer experience. We recognize that improving access to space is a fundamentally challenging ambition. We will achieve it only in a spirit of collaboration and with a recognition that we must continually learn and can always improve.

Virgin Galactic is opening space to scientists, engineers, teachers, and students. GMCSTREAM LLC. Will provide a major research study with a special CubeSat designed by the School of Engineering at Duke University in Raleigh NC, “Space Habitats for Humanity on Asteroids and Space Gateways". pic

Virgin Galactic’s SpaceShipTwo system, including VSS Unity, provides the scientific research community access to space for affordable and repeatable high-quality microgravity, as well as to inaccessible regions of the upper atmosphere.Our suborbital platform is an end-to-end offering which includes not only our vehicles, but the payload hardware along with the processes and facilities needed for a successful campaign. The platform offers a routine, reliable and responsive service allowing for experiments to be repeated rapidly and frequently if necessary, and to be tended in-flight by one or more researchers.

SpaceShipTwo is designed to carry six astronauts, the equivalent payload, or a combination of the two – meaning we can accommodate an unmatched volume and mass for suborbital research flights.We believe this capability will enable scientific experiments as well as educational and research programs to be carried out by a broader range of individuals, organizations and institutions than ever before. 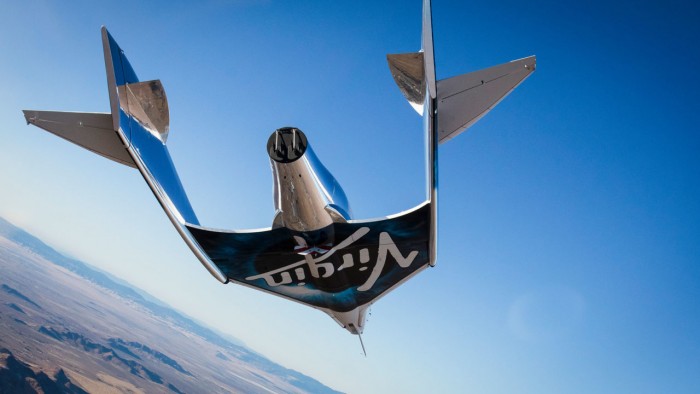 Exposure to several minutes of high-quality microgravity per flight and responsive flight access, allowing for ‘science of opportunity’ missions and series

Quick recovery of payloads, with pre-flight and post-flight access within hours of a launch

Flight opportunities for both autonomous and tended research

A payload mounting system that accommodates all the leading standards, such as Middeck Lockers, Cargo Transfer Bags, and server racks

END (contribution from VirginGalatic.com and Britannica of UK)

Contact us at This email address is being protected from spambots. You need JavaScript enabled to view it. or 800-764-5273