US Executive Orders and Big Data Networks to all points 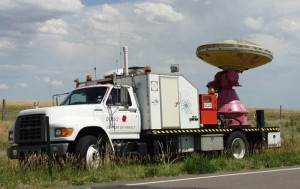 The Executive Branch of the US Government has made Computing Power as a major focus to control the High Technology Life Cycle and to further extend its Big Data initiatives globally. The Executive Order, which is not binding or funded by the US Congress, but sets an agenda for Silicon Valley firms to be mindful that the US Federal government is the “engine for technology innovation and growth.”-certainly an “overreach approach” to the American free enterprise system of High Technology growth based on innovation and private investment start-up models.

As Big Data comes to the fore as the next IT growth technology, "the real value will come from the ability to virtually move that data around geographically to where the principal scientists are and the research groups are," said Anthony Robbins, Vice President of Federal for Brocade, referencing a July 29, 2015 presidential executive order on (HPC) high-performance computing (i.e. Creating a National Strategic Computing Initiative - NSCI). Robbins stated, “Underlying the success of this (NSCI) initiative will be how good the network to move the data is."

The U.S. White House has set three lead agencies for the NSCI as follows:  (1) Department of Energy (DOE), (2)Department of Defense (DOD), and (3)National Science Foundation (NSF) who have the following responsibilities under President Barak H. Obama:  “ The DOE Office of Science and DOE National Nuclear Security Administration will execute a joint program focused on advanced simulation through a capable exascale computing program emphasizing sustained performance on relevant applications and analytic computing to support their missions.  NSF will play a central role in scientific discovery advances, the broader HPC ecosystem for scientific discovery, and workforce development.  DOD will focus on data analytic computing to support its mission.  The assignment of these responsibilities reflects the historical roles that each of the lead agencies have played in pushing the frontiers of HPC, and will keep the Nation on the forefront of this strategically important field.  The lead agencies will also work with the foundational research and development agencies and the deployment agencies to support the objectives of the NSCI and address the wide variety of needs across the Federal Government.”

The Foundational Research and Development Agencies are the Intelligence Advanced Research Projects Activity (IARPA) and the National Institute of Standards and Technology (NIST).  IARPA will focus on future computing paradigms offering an alternative to standard semiconductor computing technologies.  NIST will focus on measurement science to support future computing technologies.  The foundational research and development agencies will coordinate with deployment agencies to enable effective transition of research and development efforts that support the wide variety of requirements across the Federal Government.”

To further ensure that nothing will be accomplished another layer of bureaucracy has been layered on. A NSCI Executive Council is created by this Executive Order and to be co-chaired by the Director of the Office of Science and Technology Policy (OSTP) and the Director of the Office of Management and Budget (OMB). In addition, the National Science and Technology Council is thrown in to further restrict transparency and accountability to the American People. For five years an annual report will be completed, which will be created by these Executive Council members. In five years, one wonders what source of innovation and technology trends and actual platforms will these members of the DC bureaucracy write about and how many staff members will be hired to write the reports. The Executive Order includes definitions and benchmarks. “The term "high-performance computing" refers to systems that, through a combination of processing capability and storage capacity, can solve computational problems that are beyond the capability of small- to medium-scale systems. The term "petaflop" refers to the ability to perform one quadrillion arithmetic operations per second. The term "exascale computing system" refers to a system operating at one thousand petaflops.”