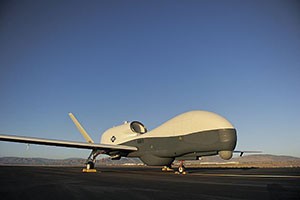 Are the Baltic and Middle East Wars for Massive U.S. Defense Increases?

In 2012, President Barak Obama spoke in his Chicago NATO Summit opening remarks that an additional 32 nations had sent delegates to the May 20-21 2012 Chicago Summit, which resulted in sixty nations attending the Summit.  The agenda of the meeting was set to resolve the key issues of a 10-year orderly retreat from Afghanistan; “Smart Defense”; Connected Forces Initiative (CFI); NATO’s Ballistic Missiles Defense (BMD); and how to pay for all of the twenty-two NATO projects at a time of global economic austerity, deficits, and mounting unemployment.

During the January 2014 State of the Union address, President Barak Hussein Obama spoke before a full session of the U.S. Congress and the Supreme Court, “When I took office, nearly 180,000 Americans were serving in Iraq and Afghanistan.  Today, all our troops are out of Iraq.  More than 60,000 of our troops have already come home from Afghanistan.  With Afghan forces now in the lead for their own security, our troops have moved to a support role.  Together with our allies, we will complete our mission there by the end of this year, and America's longest war will finally be over.  ” In February 2014, Former Secretary Hagel  spoke , "As the United States military continues to move people and equipment out of the Afghan theater, our force posture over the next several months will provide various options for political leaders in the United States and NATO.”

In June 2015, ISIS (i.e. experts believe led by ex- Saddam Hussein’s military commanders) originating from Iraq was on a killing rampage in Iraq and Syria fuel and equipped with U.S. money and military technology.  The “lead” that President Obama spoke of is now a “rout” of the U.S trained and equipped Shia military forces. According to a May 23, 2015 CNN report, “The aim of ISIS is to create an Islamic state, referred to as a caliphate, across Sunni areas of Iraq and in Syria. ISIS is known for killing dozens of people at a time and carrying out public executions, crucifixions and other acts. It has taken over large swaths of northern and western Iraq. The group currently controls hundreds of square miles. It ignores international borders and has a presence from Syria's Mediterranean coast to south of Baghdad. It rules by Sharia law.”Abu Bakr al-Baghdadi, a PhD in Islamic Studies from Baghdad University, is the leader of this global army of cut-throats and terrorist. In June 2014, this group of Sunni extremist seized the towns of “Mosul, Tikrit, and Al-Qaim, a town on the border with Syria, as well as three other Iraqi towns…“

“On May 17, 2015, ISIS seized control of the key Iraqi city of Ramadi after government security forces pulled out of a military base on the west side.”  Seven thousand Iraq troops trained by U.S. are not in the fight with ISIS. In June 2015, the U.S. Defense department sent 2,000 AT4 anti-tank weapons to Iraq. At the same newly appointed U.S. Defense Secretary Ashton Carter made comments that the Iraq defeat in Ramadi raised questions of the “will to fight…they vastly outnumbered the opposing force (ISIS), yet they failed to fight.”

During the 2004-2006 U.S. Ramadi operation, the United States deployed 5,500 soldiers and Marines. In 2004, commander of the Marine garrison, Major General James Mattis, stated that, "If Ramadi fell the whole province (Al Anbar) goes to hell." In 2006, a classified report written by Marine Colonel. Pete Devlin in August 2006 and leaked to the Washington Post in mid-September 2006, said Al Anbar had been lost and there was almost nothing that could be done. Devlin was the chief Intelligence Officer for the Marine units operating in the province. The report said that not only were military operations facing a stalemate, unable to extend and sustain security beyond the perimeters of their bases, but also local governments in the province had collapsed and the weak central government had almost no presence. On November 28, 2006 another part of the classified Marine Corps intelligence report was published by the Washington Post (Linzer, Dafna; Ricks, Thomas E. (2006-11-27). "Anbar Picture Grows Clearer, and Bleaker". Washington Post) which said US forces could neither crush the insurgency in western Iraq nor counter the rising popularity of the al-Qaeda terrorist network in the area. According to the report, "the social and political situation has deteriorated to a point that U.S. and Iraqi troops are no longer capable of militarily defeating the insurgency in al-Anbar." The report describes Al-Qaeda in Iraq as the "dominant organization of influence" in the province, more important than local authorities, the Iraqi government and US troops "in its ability to control the day-to-day life of the average Sunni." 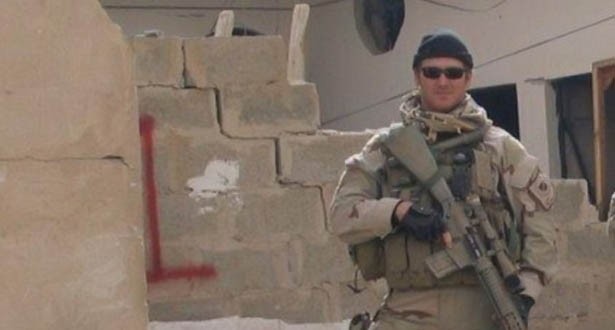 U.S. Navy Seal Sniper Kris Kyle performed his Overwatch of U.S. Marines entering the Ramadi battlefield. Ramadi was invested with insurgents. According to the book, American Sniper, the Ramadi pace was hot and heavy. “Ninety six Americans were killed during the battle of Ramadi, countless more were wounded and had to be taken from the battlefield.”

One cannot help but remember that the U.S. “Vietnamization" was the name for the plan to allow South Vietnam to stand on its own two feet as well.  The result was a blood bath and re-education camps for those who fought with the American military and administration. Once again, history is repeating itself. In 2015, Iraq is again a war-zone with no end in sight. The United Nations announced that an estimated 1.2 million Iraqis have been forced from their homes. The U.S. DoD has only sent a token force of 800 troops and advisers to Iraq. The CIA reported in June 2014 that ISIS can muster between 20,000 and 31,500 fighters across Iraq and Syria. Ironically, the CIA was the agency funneling in the weapons to the region to support the overthrow of the Syrian president.

John Brennan is the current CIA Director under President Barak Hussein Obama. A 25-year veteran of the U.S. clandestine service, John Brennan, left the Agency for a few years, becoming Chairman of the Intelligence and National Security Alliance (INSA) and the CEO of The Analysis Corporation (TAC). He continued to lead TAC after its 2007 acquisition by Global Strategies Group and its growth as the Global Intelligence Solutions division of business (GTEC), before Brennan returned to government service with the Obama administration as Homeland Security Advisor on January 20, 2009. (GDEF) GLOBAL launched on NASDAQ in October 2013 following the sale of (GTEC), its former defense technology business. (GDEF) is focused on acquiring businesses developing key technologies prioritized by the US Government, including software and systems for cyber security, data management and analysis and key, mission-focused C4ISR. (GDEF) GLOBAL Chairman and CEO, Damian Perl, spoke at the 35th Annual Cowen Aerospace and Defense Conference in New York, “now is a good time to invest in key defense technologies. We have clarity on US strategic priorities, and there are some attractive companies looking for investment and strategic support. It’s good to have that validation as we press ahead with our US investment strategy through (GDEF).