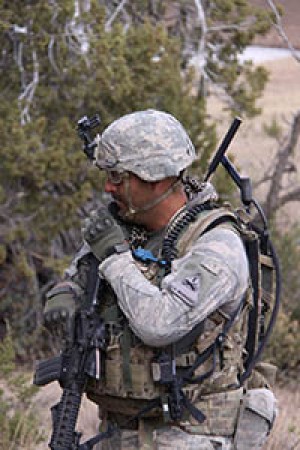 How can mobile networking solutions improve situational awareness and command and control capability for Global Defense Forces? Since the late 1990s, the role of communication-networked systems has evolved and the importance of delivering the right capability is essential in both civilian and military applications.

Global military units are now relying on mobile communication networks to relay information that contain multimedia packets. Internet companies are using future satellite-based technologies to spread the use of the Internet in remote areas of the globe.  All of the government, military, and civilian communication networks have to be secure, meaning that no interception is possible thus protecting against reduced operational integrity.

What is communication?  What is the importance of essential communication-networked systems?  What has been a driving mobility optimized data and voice networks?

Communication is connectivity – communication has connected us.  Think of it as a map of circles with lines that connect the circles.  Nevertheless, what does this mean? The implications are as follows: (1). these links are pathways and thus this information gets transmitted instantly and ubiquitously; and (2) mobile communications have made it possible to be connected anytime and anywhere. I can be in Kherson Ukraine or I can be Santa Cruz California and I am always connected.  The drivers of these mobile pathways are first, information and the second driver is that we can connect at a granular data level.  These communication circles then represent for this illustration individuals, groups, and enterprises that can now be tapped into anytime and from anywhere.  Not only do we have qualitative information but quantitative information at a very detailed level. 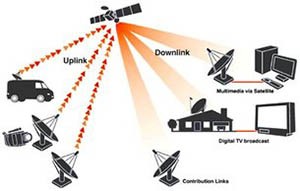 What are the drivers of mobile deployable communications?

According to SNS Research, "LTE is now viewed as the de-facto standard for future military and public-safety networks" because it offers lower total cost of ownership (TCO) and the ability to support data intensive applications such as mobile video and situational awareness.” In the United States, the First Responder Network Authority (FirstNet) is laying out the path for a nationwide public-safety broadband network (NPSBN) using LTE in the 700 MHz spectrum band.”

Mesh networks are based on the 802.11 Wi-Fi standards.  Although Wi-Fi is designed for indoor use, creative vendors have adapted the ready-made Wi-Fi chip sets to work outside.  Each node in a mesh network connects to each of its neighboring nodes.  Each node communicates regularly with its neighbors to create routing tables that tell the node how to route video through the mesh.  This makes mesh networks very flexible and resilient as they automatically reconfigure routing as new nodes are added or if a node fails.  However, designers and operators of large networks often do not want their networks to be dynamically changed.  They prefer to build reliable links, with consistent performance, and have those links remain fixed, stable and, in particular, measurable.

MEMS is a technique of combining electrical and mechanical components together on a chip.  It produces a system of miniature dimensions (i.e. the system having thickness less than human hair).  According to researchers Britt Ekwall and Mikkel Cronquist, “So-called top-down technologies have enabled us to manufacture and fabricate structures even smaller than the micrometer scale. MEMS (Micro Electro Mechanical Systems) technologies were developed by applying semiconductor microfabrication technologies to make three-dimensional microstructures and mechanical systems in the late 1980s. MEMS technologies offer the advantages of batch fabrication of numbers of devices as well as an ability to integrate multiple functional units in a small area, which is important for developing smart and sophisticated devices. By using top-down technology such as MEMS, material costs and the amount of waste can be reduced, thus having a potential to meet the requirements to improve global health... power MEMS, defined as microsystems for power generation and energy conversion, including propulsion and cooling, novel optical MEMS device that can fully characterize the transparent living cells or micro particles in real time, an adaptive sliding mode controller for a MEMS vibratory z-axis gyroscope, and the use of Nano fretting in Nano/microelectromechanical systems (NEMS/MEMS).”

Russia held a 2014 MEMS Forum which resulted in a “wide geography of participants despite the situation on the worldwide political stage has proved the important character of MEMS modeling, manufacturing and evaluation. This year in the framework of MEMS-Forum Kazan was visited by representatives from Germany, France, Belgium and Finland, and also from many regions of Russia: from it’s centre to Siberia.” In 2000, China received technology from California Silicon Valley firms Applied Materials and INTEL, and expanded MEMS knowledge and design work. For example, an array of MEMS sensors spread on the ocean floor could detect the presence of enemy submarines.  MEMS sensors (pressure sensors, accelerometers etc.) are being used in NATO and USA anti-torpedo weapons on submarines and ships.  China is rapidly building submarines to challenge the U.S. Naval fleet of aircraft carriers.

According to RIA-NOVOSTI the ”Russian navy intends to deploy a total of eight of the new vessels by 2020 to replace the Cold War Typhoon, Delta III, and Delta IV classes. Though they lack the intimidating looks of the Typhoons, the Boreis are much more capable under the skin. For one, they’re quieter and therefore harder to detect. The Borei [class] contains the best of modern submarine technology, including advanced sound-silencing and pump jet propulsion…”

In the pioneering days of SATCOM, mobile satellite services (MSS) were synonymous with maritime satellite services and L-band.  The L-bandwidth, which had resilience to atmospheric attenuation and wide antenna beam angles, was adopted by the international radio regulatory body, the ITU, for the provision of MSS.  However, speeds were slow.

In the era of Internet protocols, data requirements are in the order of tens or hundreds of megabits per second not only to ships but also to aircraft and land-based mobile users.  These demands were initially met on large, relatively stable platforms, such as cruise-ships and oilrigs, by the use of C-band SATCOM.  As the development of increasingly sophisticated antenna stabilization and adaptive coding modulation systems grew, widespread use of Ka-band, with its associated high data rates, for satellite communications across a range of mobile platforms proliferated.

The capability to transmit diverse information (voice, video, and data) is mandatory for military and secured government communications.  The questions today are many.  For example, can secure communications be achieved in a cost-effective manner and in an era when global militaries are operating under increasingly constrained defense budgets? While a high-end satellite system like SKYNET is ideal for tactical military operations, is it financially efficient for logistics, support, and personal communications on a micro scale (between a soldier on deployment and his family for example)?  What implications does this have for information assurance? 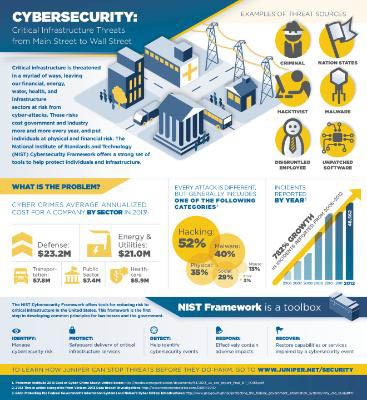 Higher speed broadband for mobile networks is in the works (i.e. 5G), which will enable the Internet of Things (IoT).  The Internet of Things (IoT) is a scenario in which objects, animals or people are provided with unique identifiers and the ability to transfer data over a network without requiring human-to-human or human-to-computer interaction.  (IoT) has evolved from the convergence of wireless technologies, micro-electromechanical systems (MEMS) and the Internet. At the technical sessions at the IEEE MTT-S May 2014 International Microwave Symposium, the IEEE stated, “With a need for higher data rates and more efficient utilization of wireless spectrum to accommodate the Internet of Things, its development largely relies on continued microwave and RF innovation, from the device to the system level. ‘Virtually every topic at the IMS has some impact on the future Internet of Things, including 4G/5G wireless technologies, biomedical sensors, automotive radar and navigation systems,’ said IMS Technical Program Chair Sanjay Raman. ‘The pressing need for more bandwidth to support the increased data volumes generated by the Internet of Things requires innovative approaches to wideband and reconfigurable RF and wireless systems, positioning our industry for further growth."