Google - a Silicon Valley Beacon of Political Correctness-Project Maven –It was officially launched last year by the US Department of Defense Algorithmic Warfare Cross-Functional Team. The project’s goal is to create an AI program that will improve the targeting of drone strikes.

The MAVEN program would analyze video footage from drones, track the objects on the ground, and study their movement, applying the techniques of machine learning. Anti-drone campaigners and human rights activists complain that Maven will pave the way for AIs to determine targets on their own, without the help of human operators.

Department of Defense outreach to US incorporated High-Tech

In 2015-2016, the realization that Artificial Intelligence (AI), Big Data, sensor aviation platforms could neutralize enemy combatants quickly and efficiently was becoming a reality. Marine Corps Col. Drew Cukor, chief of the Algorithmic Warfare Cross-Function Team in the Intelligence, Surveillance and Reconnaissance Operations Directorate-Warfighter Support in the Office of the Undersecretary of Defense for Intelligence gave selected presentations on how these technologies could help the military with its missions against terrorist. Colonel Cukor stated that “Although we have taken tentative steps to explore the potential of artificial intelligence, big data and deep learning,” he added, “I remain convinced that we need to do much more and move much faster across DoD to take advantage of recent and future advances in these critical areas.”

DOD has already fielded advanced computer algorithms onto government platforms to extract objects from massive amounts of moving or still imagery. The design concept is that human and technology platforms will work together to increase the ability of the weapons platform to detect objects. The NSA and CIA software engineering staff have used computer algorithms in fielding intelligence systems. According to Marine Corps Col. Drew Cukor, chief of the Algorithmic Warfare Cross-Function Team in the Intelligence, Surveillance and Reconnaissance Operations Directorate-Warfighter Support in the Office of the Undersecretary of Defense for Intelligence, a computer algorithm is a set of rules to be followed during problem-solving operations. Cukor described an algorithm as “about 75 lines of Python code placed inside a larger software-hardware container. The immediate focus is 38 classes of objects that represent the kinds of things the department needs to detect, especially in the fight…in Iraq and Syria.

“People and computers will work symbiotically to increase the ability of weapon systems to detect objects,” Cukor spoke. “Eventually we hope that one analyst will be able to do twice as much work, potentially three times as much, as they're doing now. That's our goal.”

Some examples of the implementation of Project Maven

(1). The intelligence, Surveillance and Reconnaissance Division at the Combined Air Operations Center at Al Udeid Air Base, Qatar, provides a common threat and targeting picture that are key to planning and executing theater wide aerospace operations to meet the Combined Forces Air Component commander’s objectives. They are also the means by which the effects of air and space operations are measured.

(3). The Department of Defense PEOs make a significant effort ongoing to procure computational power, including graphic processing units that allow training of machine-learning algorithms. (Google was accepted and approved, but then cancelled)

(4). Integration and then fielding the algorithms are key goals of DOD PEOs. When the algorithm(s) is on a platform it must be optimized over its lifecycle,

Early in the year, the DoD made a $36billion dollars investment across the IT Commercial Industry, such as Google, in the area of video AI and leveraged the software engineering skills at Stanford University, the University of California-Berkeley, Carnegie Mellon University and Massachusetts Institute of Technology. The goal is to stabilize the technology and the human interface by 2020 that would be provided to the warfighters. The sensor UAV platforms targeted for the technology are the Reapers, Golden Hawks, and Predators.

Newspapers stated that Diane Greene, the CEO of Google Cloud businesses, said the tech giant won’t renew its contract with the Pentagon. Diane B. Greene (born 1955) is an American investor and a Google board of directors’ member and was a founder and the CEO of VMware from 1998 until 2008. 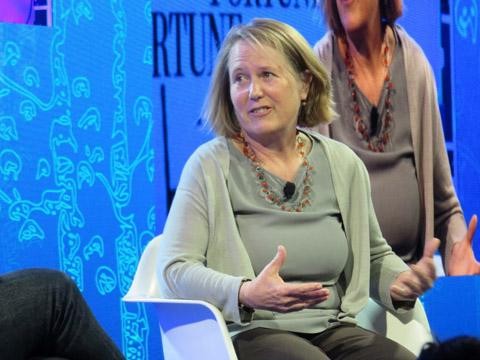 Press release has it that Greene believe that the backlash among Google employees over ties with the US Defense Department, as many of them said the policy runs counter to the company’s ‘Don’t Be Evil’ principle. The phrase served as company’s motto from its founding days but was dropped from the official code of conduct in 2015, following Google’s reorganization, with Alphabet Inc. created as its parent company. The contract in question, which expires in 2019, deals with Project Maven. Clearly, Greene who has been an activist, wanted to push the California progressive agenda that the “US Military is evil and must be restricted and defunded. -Former President Obama’s policy theme.

Reports stated that Google’s leadership was initially very enthusiastic about the project, as it could lead to more military contracts in the future. The company’s staff (unspecified who and how many), on the other hand, rallied against the idea of company research being used to develop warfare technology. In 2018, Google has 88,110 employees in Mountain View, CA and Silicon Valley. Dozens of employees reportedly resigned in protest, and more than 3,000 employees signed a petition demanding the contract be canceled and a clear policy preventing involvement with the military be implemented. According to the reports, Google’s leadership agreed to roll out a new policy based on .03% of the total universe of employees. Leaked internal emails also revealed that Google tried to conceal the scope of its dealings with the Pentagon. The head of company’s cloud division once told employees that the budget for Project Maven was “only” $9 million, when it was soon to be increased to $15 million. The emails also showed plans of eventually expanding revenue from Maven and similar projects to $250 million.

Insiders wrote that Google was worried it could get negative press because of Maven, and that the company’s involvement with the project would taint its reputation, the leaked emails suggest. Others believed it was very clear that Google's Board and Executive Management, orchestrated by the internal PR department, wanted to stabilize its workforce and keep focus on meeting other software engineering goals. In the case of Greene, some speculated that she might appear as progressive.

Mountain View, CA 94041 This email address is being protected from spambots. You need JavaScript enabled to view it. URL: https://www.GMCstream.com