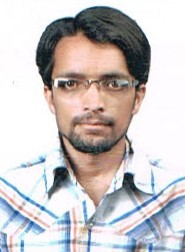 The orbiters or satellites are transported into space with the help of their own engines. To be specific they are actually carried to space. ISRO, the Indian Space Research Organization has developed to a level where it can leave a footprint on the global space market. Presently the most known ISRO mission is the MOM (Mars Orbiter Mission).

Only a few of us wonder how the orbiters get to space. Launch vehicles are used to carry the satellites into space. Importance of launch vehicles is significant because the satellite needs to be protected until it reaches its desired destination. The satellite is protected with heat shields when it leaves the planet along with the launcher. Hence there are fewer chances of accidents because of the atmosphere change, which otherwise can cause a fire. 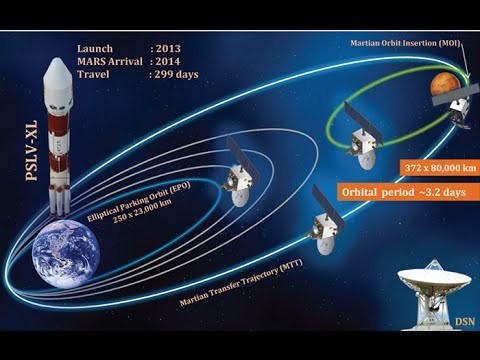 The launch vehicle works as a satellite shield and it detaches from the satellite after reaching the orbit where the satellite is supposed to be dropped. If things do not happen accordingly the launcher and satellite might get struck on space and it might not function appropriately. Currently, sounding rockets are used to examine the upper atmospheric regions and for space research. These are amongst the least known launchers. It was from Augmented Satellite Launch Vehicle (ASLV) and Satellite Launch Vehicle (SLV) that these launch vehicles emerged. For the first time, India launched SLV-3 and its success paved ways for more advanced launch vehicles like GSLV, PSLV, and ASLV.In the future ISRO is planning to roll out Scramjet Engine –TD and Reusable Launch Vehicle-Technology Demonstrator (RLV-TD) along with GSLV MK III. In August 2016 there was an experimental launch of Scramjet Engine- TD which was reported to be successful. In future, it would be a more advanced sounding rocket and it would run on hydrogen.

Imagine 104 Satellites Were Launched Into Space by a Single Rocket

In February this year, a gigantic haul of satellites were carried into space by an Indian PSLV rocket which was launched from Sriharikota, India. ISRO confirmed that the mission was successful with the largest crop of satellites that were launched on a single rocket at once. In fact, there were 104 satellites on top of the vehicle. A big chunk of those space probes 88 in number belonged to Planet which is a private imaging company in the US. This company is ambitious of monitoring the earth from space. Doves are the name given to satellites that Planet sends up and they are considered as the part of Flock 3p. Doves can capture the pictures of the Earth at relatively high resolutions.

“Eighty-eight satellites from a single system on a single launch would be a record there,” director of the launch and regulatory affairs at Planet, Mike Safyan, told The Verge. “And with those satellites in orbit, and if you include the other satellites we have in orbit, we will then also have the biggest fleet of Earth-imaging satellites — and of satellites in general — in human history.”

The spacecraft that Planet uses isn’t that big, hence it affords to fit so many satellites on a single rocket. Each dove is a modified version of Triple Cube Sat which is a standardized satellite measuring 4 inches wide and 12 inches long. It is because of the small size of the satellites that Planet is able to put multiple spacecraft on a launch at a time. On the other hand, traditional aerospace companies might work on a single Earth imaging satellite before launching it into space and it would be as big as the size of the bus. Planet now has a fast-growing constellation of Doves in orbit because of the different approach that it applies. In fact, the company believes that an individual satellite isn’t that important to the full system.

Cartosat 2D was developed into orbit first and it was followed by rest of the spacecraft in a timed sequence because Doves are secondary payloads. In fact, Doves rode into the space inside a deployed box. This box works a bit like a jack in the box. There is a small room inside the box where each Dove is packed and there is a door at the end of the room. At the time of deploying the dove into space, the door opens and a loaded spring pushes the satellite out of the box into space. This happens every 10 to 20 seconds. After spacing them out in their orbits the Doves start imaging the Earth full time.

• Bigger Rockets Was Launched In April 2017 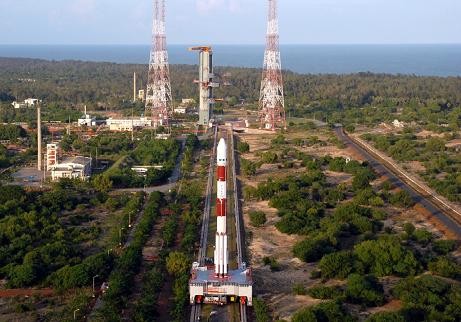 The Geosynchronous Satellite Launch Vehicle Mark III is also termed as Launch Vehicle Mark 3, VMV3 or GSLV- III which was launched by ISRO in April 2017. Mark III is capable of lofting satellites weighing 4000 kg into space which is double the weight of current GSLV Mark II. In case Mark III or its newer version is able to lift 6.5 tones than ISRO will be able to send Indians on to the moon. The basis for the launch vehicle will be formed by MK III and it will use four instead of two S200 solid rocket boosters. At the present movement, these are the second most powerful rockets in the world. In this way, India will play a pivotal role in the global satellite industry and it will definitely require bigger and heavier rockets in order to launch heavier payloads into space.

This would be India’s second mission to Moon and it is considered an advanced version of Chandryaan 1 mission. This mission is comprised of an Orbiter, Rover Configuration, and Lander. There are plans to launch this mission by GSLV- MK II as a composite stack into the Earth Parking Orbit (EPO) and the EPO would be 170 X 18,500 km. The combined stack is carried up to the moon by the Orbiter till the Lunar Orbit Insertion (LOI). Later on, the combined stack is inserted into a Lunar Orbit of 100 km X 100 km. In this Orbit, the Lander is separated from the Orbiter. With scientific payloads, the Orbiter will orbit around the moon. To deploy the Rover the Lander will soft land on the Moon at a specified site. ISRO believes that this mission will use and test various new technologies and various new experiments would be conducted. While moving on the lunar surface the wheeled Rover will pick up the soil and rock samples for on-site chemical analysis and this data would be relayed to Earth through chandryaan 2 Orbiter.

ISRO is planning a mission to the Sun which may happen at the end of 2019 or beginning of 2020. This probe would be named as Aditya 1. It will be thoroughly Indian based Solar Coronagraph which will study Corona in visible and near IR bands. Aditya mission was supposed to launch in 2012 but due to extensive work involved in fabrication and other technical aspects it was postponed. It was decided that the Aditya mission would be a sort of 400kg class satellite which would carry one payload, the Visible Emission Line Coronagraph (VMLC) and it was also expected to launch in 800km low earth orbit. There is a satellite placed in the Halo Orbit. In fact, it is placed around the Lagrangian point 1 (L1) of the Sun-Earth system and it has the major advantage of viewing the Sun continuously without any eclipses. The main objective of Aditya L1 mission is to understand Coronal Mass Ejection. The study will further expand into the crucial physical parameters in relation to the space weather like an evolution of the coronal magnetic field and coronal magnetic field structures.

ISRO may develop and launch a two-person crew to low Earth orbit and this would be termed as Indian human Spaceflight program. The only countries that have successfully conducted human spaceflight programs include Russia, USA, and China. Scientists believe that India would be the fourth. ISRO has planned India’s first manned space mission in 2021. Great leaps have been witnessed in India’s space program. In fact, the country has developed the cheapest successful Mars mission, Mangalyaan, 104 record satellite launch, the navigation satellite system IRNSS and entry into the global space system. The manned mission will definitely be a next big leap.

ISRO might be able to develop a reusable launch vehicle which will be able to return back to the Earth surface after sending spacecraft into orbit. To be specific ISRO has already tested the first winged body aerospace vehicle. After the full development of this technology, it would be possible to launch spacecraft including satellite into space. The vehicle would then re-enter the Earth’s atmosphere. It will be able to withstand extreme pressure and heat-conditions while landing in an intended spot. It will definitely help in cutting the costs of launch vehicles.First such experimental mission was conducted on HS9 a solid rocket booster which carried RLV-TD. It lifted off from Sriharikota on 23 May 2016. RLV-TD began its descent from that peak altitude of 65 km. It was followed by atmospheric re-entry at around March 5. The mission objectives were fulfilled as RLV-TD successfully glided down to the defined landing spot with the help of its Thermal Protection System.