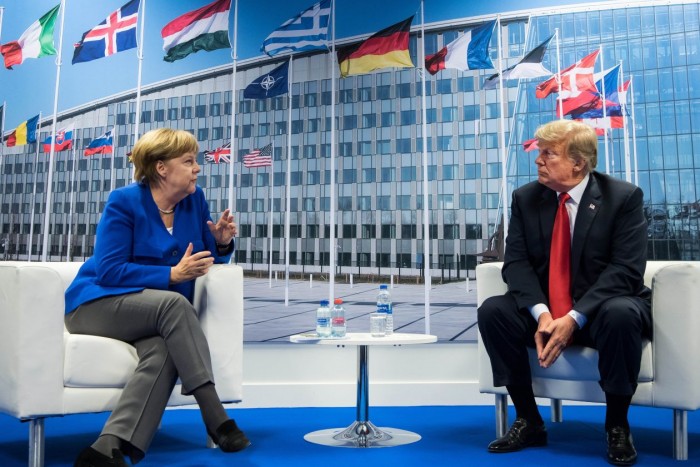 On June 29, 2017 President Trump said, “We’re here today to usher in a new American energy policy — one that unlocks million and millions of jobs and trillions of dollars in wealth. For over 40 years, America was vulnerable to foreign regimes that used energy as an economic weapon. Americans’ quality of life was diminished by the idea that energy resources were too scarce to support our people. We always thought that, and actually at the time it was right to think. We didn’t think we had this tremendous wealth under our feet. Many of us remember the long gas lines and the constant claims that the world was running out of oil and natural gas.

Americans were told that our nation could only solve this energy crisis by imposing draconian restrictions on energy production…The truth is that we have near-limitless supplies of energy in our country. Powered by new innovation and technology, we are now on the cusp of a true energy revolution.” Earlier he stated, together, we will create millions of good American jobs — also, so many energy jobs — and really lead to unbelievable prosperity all throughout our country. The President approved the Keystone XL pipeline for the US, but he had a different incompatible view and standard when it came to the EU’s need for gas during the severe weather in Europe. “The Keystone XL project is a 36-inch-diameter crude oil pipeline, beginning in Hardisty, Alberta, and extending south to Steele City, Nebraska. This pipeline is a critical infrastructure project for the economic strength and energy security of the United States. Enhanced standards, powerful technology and independent reviews will ensure that Keystone XL is built and operated to uphold our fundamental commitment to safety and the communities we serve. During construction, Keystone XL would create significant employment benefits in the form of tens of thousands of well-paying jobs and associated earnings throughout the U.S.”

The point is that same imperatives exist between Keystone XL and Nord stream 2; namely, clean energy, safe with technology assurances, and job creation. I was surprised that POTUS did not see this. Further, it will be expensive to take USA excess oil and gas production on ships that could cause a world environmental spill (i.e. “On March 24, 1989, the oil tanker Exxon Valdez had just entered Alaska's Prince William Sound, after departing the Valdez Marine Terminal full of crude oil. At 12:04 am, the ship struck a reef, tearing open the hull and releasing 11 million gallons of oil into the environment. Initial responses by Exxon and the Alyeska Pipeline Company were insufficient to contain much of the spill, and a storm blew in soon after, spreading the oil widely. Eventually, more than 1,000 miles of coastline were fouled, and hundreds of thousands of animals perished.”)

During the July 11, 2018 NATO Brussels summit breakfast, President Donald J. Trump chided his host, Germany, about spending billions as a partner with Russia to provide Europe with unlimited natural gas from a European oil and gas rich neighbor as unfair, in light that US was protecting Germany from Russia. To POTUS, this made no sense. In a way, it was clear that he was a salesman for USA oil and gas Industries that would be cheaper than Russian oil and gas. Back in June, the President was clearly forging a new way to increase exports of high value oil and gas to the EU while leveraging NATO defense contributions. “Well, I have to say, I think it’s very sad when Germany makes a massive oil and gas deal with Russia, where you’re supposed to be guarding against Russia, and Germany goes out and pays billions and billions of dollars a year to Russia.” The Mueller and Comey Democrats did a “hatch job” on POTUS over Russian collusion and now POTUS goes to Brussels to do the same “hatch job” on Russia.

“The project pipeline would link Russia and Germany via the Baltic Sea, doubling the capacity of the existing pipeline in that corridor, and bypassing other pipelines through Ukraine and central and eastern Europe. Ukraine would steal the oil and not pay any transit fees. I am sure that those who study the State Departments ‘antics via Victoria Nuland and her colleagues who worked to overthrow an elected President and to bring NATO troops at the Ukraine Russian Border, Russia had no choice but to build the Nord Stream 2 has a way to ensure adequate supplies to the EU. Emre Peker wrote, “breaking Gazprom’s stronghold in the EU will be difficult regardless of U.S. talks, the fate of Nord Stream 2 and despite the company’s commitments to avoid antitrust fines. Russian gas exports to the EU are hovering near record highs and supply about a third of the bloc’s annual gas demand. “Russia will continue to play a key role,” said Simone Tagliapietra, an energy analyst at Brussels-based think tank Bruegel. “Its gas is considerably cheaper than all other existing alternatives.” 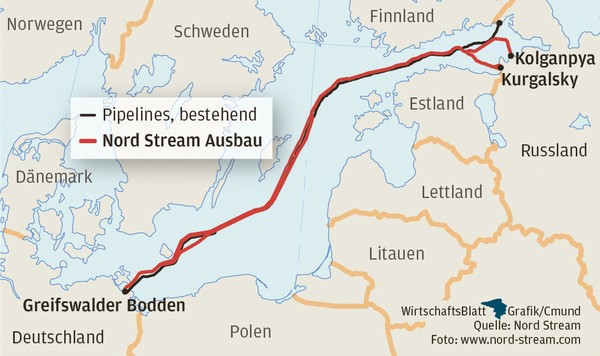 Technology is taking over the USA oil jobs

Production is going up but oil and gas employment is going down. For example, in a 7/11/2018 article in the Wall Street Journal, “Technology has already transformed labor needs in most of the world’s manufacturing. It’s now upending the energy business, foretelling the end for one of the last sectors in America where blue-collar workers could depend on jobs paying six-figure salaries. Devon has around 3,100 employees, down from 5,500 in December 2014. The company laid off 300 workers in April. Devon estimates its drilling and construction costs per well are down 40% since 2014, and it has improved its initial production rates, a key metric in determining how much oil as a well will produce, by 450% since 2012. The company has invested more than $100 million in technologies ranging from fiber-optic cables to augmented reality. Some of the most significant returns have come from centralizing and organizing data. The company had to scan millions of pieces of paper just to get a handle on what it had. Now, everyone has access to real-time drilling software companywide.” “In Wamsutter, Wyo., BP has about 2,000 wells. Site manager Henry Hopkins used to drive to a group of wells every morning, prioritized by instinct, and check if pump jacks and other equipment were working. These days, Mr. Hopkins gets his marching orders from a computer algorithm that maps his route every morning, telling him which wells need maintenance or repairs based on sensors installed in the wells. He pops on augmented-reality glasses when he arrives at a wellhead and sends a real-time feed of what he sees to BP technicians at an office in Denver, who can transmit instructions and data into his field of vision to show him how to perform complicated tasks. The more virtual way of working has allowed BP to reduce its head count in the Wyoming field to around 100. A 47,000-square-foot command hub it built a decade ago, envisioned to house 300 workers monitoring wells, is up for sale”.

The Wall Street Journal of 7/11/2018 reported “We’ve gotten very lean in our business,” said Shawn Holzhauser, a vice president in the company’s U.S. operations, saying it is more likely to use temporary workers for some tasks. “We need resources that aren’t permanent to the company.”

"Employee Ian Gallagher said morale suffered at BP when the layoffs began, but that those who have remained have embraced the changes. He started in a Colorado oil field nine years ago for BP, climbing radio towers for repairs. He had attended a few semesters of college but didn’t graduate. In 2014, he saw the company starting to change around him and decided to teach himself Python and other common programming languages. Now, he works out of a BP office in Durango, Colo., designing wireless monitoring prototypes for BP compressors. “The way I’ve dealt with it is to learn as much as I can and adapt,” he said. Why is what is good (clean energy and jobs) for Canada and America should not be good for Germany and Russia?

This email address is being protected from spambots. You need JavaScript enabled to view it./URL: https://www.GMCstream.com