According to NASA’s Bulletin HEOMD-001 titled” HUMAN EXPLORATION AND OPERATIONS EXPLORATION OBJECTIVES: • Set far-reaching exploration milestones. By 2025, begin crewed missions beyond the Moon, including sending humans to an asteroid. By the mid-2030s, send humans to orbit Mars and return them safely to Earth. • Expand human presence into the solar system and to the surface of Mars to advance exploration, science, innovation, benefits to humanity, and international collaboration. • Conduct research on the International Space Station (ISS) to enable future space exploration, facilitate a commercial space economy, and advance the fundamental biological and physical sciences for the benefit of humanity. • Facilitate and utilize U.S. commercial capabilities to deliver crew and cargo to space.

Reported by List of missions to the moon, “Missions to the Moon have been conducted by the Soviet Union, United States, European Space Agency, Japan, India and the People's Republic of China. The Moon has also been visited by five spacecrafts not dedicated to studying it; four spacecrafts have flown past it to gain gravity assists, and a radio telescope, Explorer 49, was placed into selenocentric orbit in order to use the Moon to block interference from terrestrial radio sources. Ashish Kumar Singh wrote “that there have been six manned U.S. landings (between 1969 and 1972) and numerous unmanned landings, with no soft landings happening from 22 August 1976 until 14 December 2013. To date, the United States is the only country to have successfully conducted manned missions to the Moon, with the last departing the lunar surface in December, 1972. “

As reported by SSL, a business unit of Maxar Technologies, on November 15, 2017, it was “selected by NASA to conduct a four-month study for a module that will provide power and control for NASA’s deep space gateway concept. The contract award is a tangible demonstration of SSL leadership, experience, and commitment to space innovation.”

The gateway will be a human crew-tended spaceport in lunar orbit that functions as an access point to the Moon and deep space. The power propulsion element (PPE), which will be the first gateway module launched, will serve as a building block to provide all power, maneuvering, attitude control, communications systems, and initial docking capabilities for the gateway. The SSL design for the PPE is expected to demonstrate the value and reliability of the company’s spacecraft capabilities, which includes a long track record of success in power and propulsion systems, and more commercial satellites operating in geostationary orbit today than from any other manufacturer.

“SSL is committed to advancing key space technologies and architectures that will lead humankind toward a new frontier of space exploration,” said Richard White, president, SSL Government Systems. “We are delighted to have the opportunity to demonstrate how our commercially proven systems can support NASA’s next generation missions.”Further, High power solar electric propulsion will be used to efficiently maneuver the PPE into its orbit and subsequently adjust the orbits of the gateway as needed. To meet the high level of power required for the gateway, SSL will leverage its extensive experience with solar electric propulsion, which includes 30 spacecraft on orbit today. The SSL concept includes the application of a Roll Out Solar Array (ROSA), which is a modular and scalable solar array system that rolls up for launch instead of folding like an accordion. ROSA was recently tested on the International Space Station. 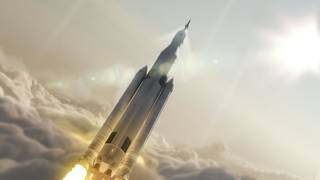 NASA reported that it has completed its” review of the first SLS, Orion Deep Space Exploration Mission. While the review of the possible manufacturing and production schedule risks indicate a launch date of June 2020, the agency is managing to December 2019,” said acting NASA Administrator Robert Lightfoot. “Since several of the key risks identified have not been actually realized, we are able to put in place mitigation strategies for those risks to protect the December 2019 date.” [NASA SLS Mars mission] For its first flight test, Space Launch System (SLS) will be configured for a 70-metric-ton (77-ton) lift capacity and carry an un- crewed Orion spacecraft beyond low-Earth orbit. In its most powerful configuration, SLS will provide an unprecedented lift capability of 130 metric tons (143 tons), which will enable missions even farther into our solar system, including such destinations as an asteroid and Mars.” 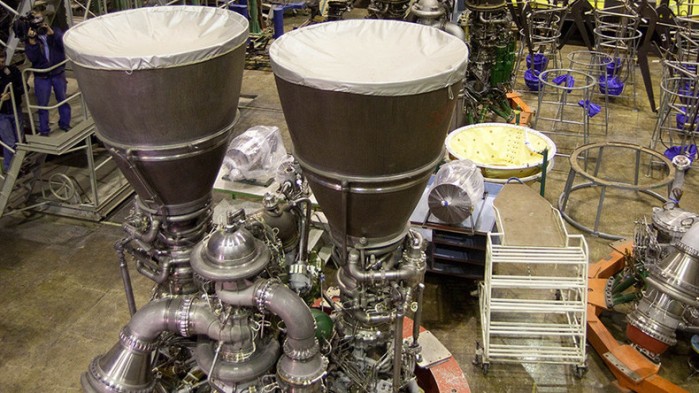 Michoud Assembly Facility in New Orleans has all major tools installed and is producing hardware, including the first pieces of flight hardware for SLS. Sixteen RS-25 engines, enough for four flights, currently are in inventory at Stennis Space Center, in Bay St. Louis, Mississippi, where an engine is already installed and ready for testing this fall. NASA contractor ATK has conducted successful test firings of the five-segment solid rocket boosters and is preparing for the first qualification motor test.