Flash News GMCStream 5-1-22 NGA’s AI in Ukraine. The “National Geospatial Agency (NGA) will take over Project Maven, the Pentagon’s key artificial intelligence program designed to identify individual objects out of a massive amount of surveillance data.The NGA is commonly understood as the intelligence agency in charge of processing and analyzing satellite imagery, but it also leads the intelligence community’s efforts to map the Earth and process other types of overhead imagery.

This is a critically important time in our nation’s history and our agency’s development. As highlighted in the 2018 National Defense Strategy, we’re emerging from a period of strategic atrophy, aware that our competitive military advantage has been eroding. We’re facing increased global disorder, characterized by decline in the long-standing rules-based international order — creating a security environment more complex and volatile than we have experienced in recent memory.

Similarly, the 2019 National Intelligence Strategy highlights that we’re facing significant changes in the domestic and global environment and stresses the need to be ready to meet 21st-century challenges and recognize emerging threats and opportunities. It further emphasizes that in order to navigate today’s turbulent and complex strategic environment, we must do things differently. The imperative and urgency is clear. Given the challenges and opportunities in the security environment, NGA’s capabilities and contributions are vital. NGA provides GEOINT to secure our nation through the use of Satellite Technology. NGA builds a wide array of GEOINT products providing unique context and insights to answer questions from a broad range of customers — from White House policymakers, to DOD decision-makers, to deployed warfighters, to first responders, to non-government organizations.

“NGA’s 2025 Strategic Goals are aligned to the NDS and the NIS. Our number one goal starts with investing in our people – that’s the basis of our strength. We will emphasize “people first … mission always” in everything we do. Our second goal emphasizes strengthening and expanding our partnerships — critical partnerships loosely defined and only limited by our imaginations and willingness to create meaningful connections. Our comparative advantage as an agency and a nation is founded in our people … and our partnerships. Goals three and four focus on delivering trusted GEOINT where and when needed to meet mission needs today, while simultaneously looking to the future to ensure we maintain comparative advantage over competitors and adversaries. We will continue to provide world-class analytical products to meet our broad customer base requirements, while adapting to the realities presented by a changing security and technological environment — modernizing and transforming our IT infrastructure, collection services, networks, training and business practices to be able to handle an increase in GEOINT sources with a deluge of data that is on the horizon; or in some cases, already here. This strategy sets the direction and charts the course to move us into the next decade. As with any journey, there will be unforeseen hazards, challenges and opportunities along the way. We will be a learning organization, continually adapting and adjusting wherever and whenever needed. The journey won’t be easy, but I’m confident we’re up to the task.” 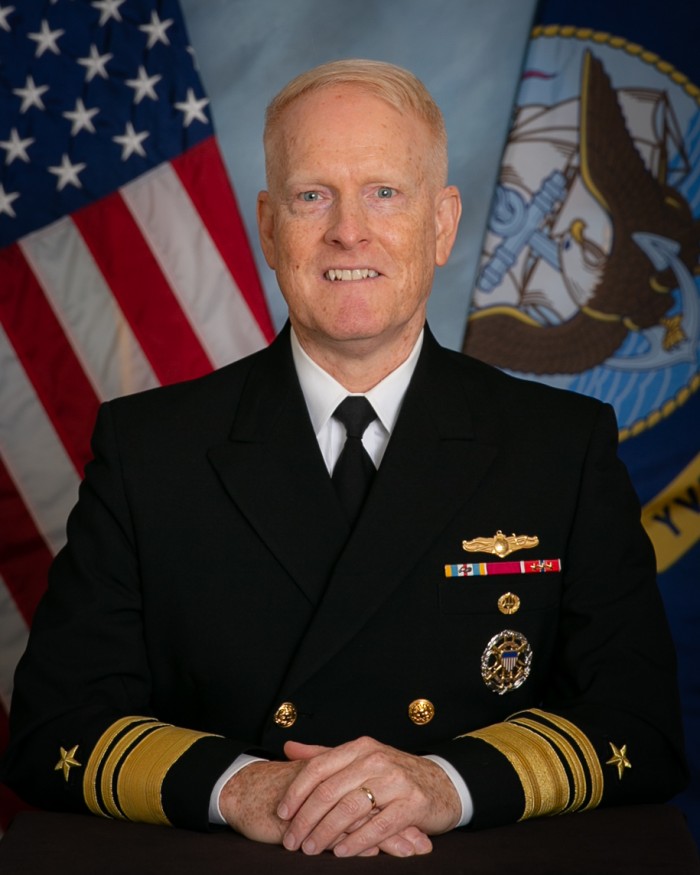 NGA - Intelligence has been heavily involved with Project Maven since it launched in 2017. What is it? An Extended Range / Multipurpose (ER/MP) Unmanned Aircraft System (UAS), returns from functional testing during Project Convergence 20 at Yuma Proving Ground, Arizona, September 15, 2020. The ER/MP AUS autonomous weapons systems have the capacity to carry multiple payloads while delivering precise attacks against enemy forces, potentially preventing the necessity of ground force presence. 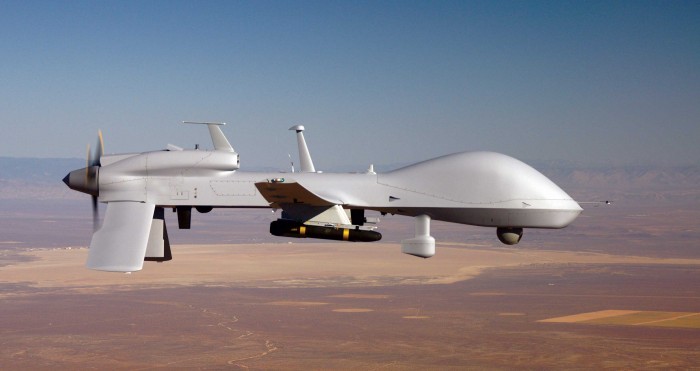 " Project Maven is the Department of Defense’s most visible artificial intelligence tool, designed to process imagery and full-motion video from drones and automatically detect potential targets. At the GEOINT Symposium in Denver, Colorado, former NGA Director Vice Adm. Robert Sharp announced that his agency would take over operational control of Project Maven’s GEOINT AI services from the Office of the Under Secretary of Defense for Intelligence and Security under White House proposed budget for Fiscal Year 2023. “That includes responsibility for labeled data, AI algorithms, test and evaluation capabilities, and the platform,” said Sharp. “From the NGA perspective, we very much appreciate his [Under Secretary of Defense for Intelligence and Security Ronald Moultrie] confidence, and this tremendous opportunity.” “It really started with this idea that commercial industry – Silicon Valley – where I worked from 1993 to 2014..had come up with techniques going back to, you know, 2008, 2009, when the sort of deep-learning kind of revolution happened,” said NGA’s Deputy Director of Data and Digital Innovation Mark Munsell.

" The Department of Defense has worked to test Project Maven capabilities in demonstrations, including at Project Convergence, an annual U.S. Army exercise in the Arizona desert where the service tests its advanced battlefield technology. The Army equipped an MQ-1C Gray Eagle drone with a Maven Smart System and Algorithmic Inference Platform created through Project Maven. The system was one of several automatic or aided target recognition solutions tested in the desert."

“NGA was a big part of Project Maven from the start, said Munsell, feeding data to companies to help them develop AI algorithms. Most of the lines of effort within Project Maven entail geospatial intelligence. It made a lot of sense to take what they’ve learned and take the infrastructure they’ve built and the experience they’ve learned from the companies and find a GEOINT home for it. There will not be a pause in development when the agency takes over Project Maven, said Munsell, but it will bring in its own subject matters to assess the effort and better integrate it with the NGA’s other AI and computer vision initiatives.”

The NGA has long worked to harness (AI) for its own missions in an attempt to manage the massive torrent of data flowing into the agency from government and commercial sources. Officials say there is too much data for human analysts to process, banking on AI to flag patterns that need further scrutiny from human operators. This concept of human-machine teaming is an important part of how the agency wants to operate moving forward. “We already have ongoing efforts to leverage (AI) and apply machine-learning algorithms to enable GEOINT analysis at scale,” said Sharp. “This move brings together two major DoD AI and ML [machine learning] efforts under one roof. And we’re proud that our close partnership with the OSD staff is actually what created Maven in the first place.”

“The war in Ukraine is certainly not the first major conflict where commercial space capabilities have been a feature, but experts say advances in technology have enabled these systems to play a much larger role than in the past”, said former GNA Director Sharp.